Ants Marching: When an Anthem of Your Youth Foreshadows the Quandaries of Adulthood

It’s becoming increasingly clear that my body is not built for Friday nights anymore.

After a week of typical adult life the last thing I want to do is take my creaky knees and venture out. And I mean out, out.  Like the type of going out that requires you to slip on a pair of nice shoes and hustle along city sidewalks and shoulder your way through noisy crowds.

But like every wash-up Friday night hero, I figure I still have a few good nights left in me.

So last Friday night–I went out.

My younger brother Keith and I grabbed some dinner at a hipster craft beer bar in a hipster part of Philadelphia before heading to the Mann Music Center with thousands of other hipsters to see Dave Matthews and Tim Reynolds play an acoustic set.

After a grinding drive through city traffic and traversing across Fairmount Park, Keith and I stood in a long line at the concert gates, followed by another long line for $9 beers while listening to a middle-aged, sandal-wearing crowd complain about city traffic, the swelling crowd itself and $9 beers.

For those of us who were in high school in late nineties the music of The Dave Matthews Band soundtracked our coming-of-age.

The first concert I went to without adult supervision was the Dave Matthews Band at Veterans Stadium in the spring of 1999.

One of Dave’s biggest hits during that time (and still one of his most recognizable song) is the rousing, drum-thumping, sing along Ants Marching.

I remember being 19 and dancing carelessly in concrete aisles of Veterans Stadium to Ants completely oblivious to the warning Dave Matthews was bestowing upon us all.

“He wakes up in the morning
Does his teeth, bite to eat and he’s rolling
Never changes a thing
The week ends, the week begins.

She thinks, we look at each other
Wondering what the other is thinking
But we never say a thing
And these crimes between us grow deeper.

Take these chances
Place them in a box until a quieter time
Lights down, you up and die.”

That’s some bleak stuff– the boredom and banality of the rat race, our fear and inability to communication with honest and purpose punctuated by regret only to be overshadowed by our inevitable death– sung by a bunch of drunk and happy teenagers.

The Seduction of Ignorance 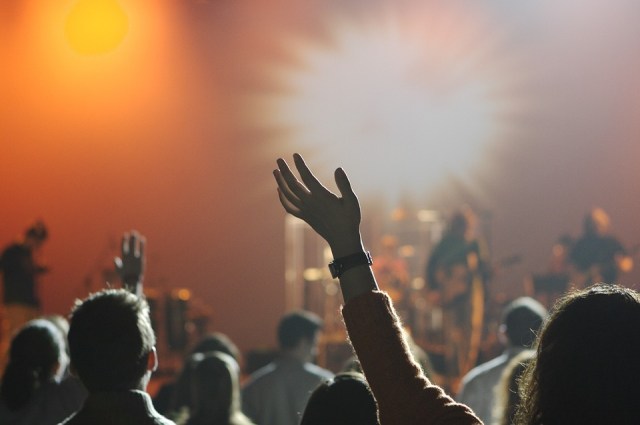 The  drums, the saxophone, the violin– the musicality of Ants is auditory seduction. But strip the music away and Ants resembles a stern warning,  a cautionary tale that so many of us failed to embrace when we were younger.

Underneath its sing-song veneer lurks the painful and scary and soul- sucking realities of adulthood.

Ants explores the tragic nature of growing up, “Goes to visit his mommy”  and how we all yearn for simpler times as we “remember being small/ under the table and dreaming” and how complacency seduces us in to playing a high-stakes version of follow the leader, “We all do it the same way.”

Yet, what is interesting about Ants Marching is that the song makes you feel good.

Like life, we crave togetherness. We want to be swept in the undertow of a community doing the same thing, singing the same song. Yet by doing what everyone else is, we remain ignorant to the consequence of such conformity.

Lights down, you up and die.

Anyway. Sure it’s fatalistic, but the heartbeat sound of Ants reminds us that despite our inevitable death we must not forget to celebrate life.

It’s a song I will continue to dance and sing to. Maybe not with the same foolish exuberance since it’s a Friday night and I have bad knees and now fully understand the painful cost of growing up.

A cost that’s much steeper than a $9 beer.

The S Word- by Mark Roeder (Guest Post)
The Day the Girls Were Given Tampons
What is normal?