Mary grew up in the town of Robbinsville, New Jersey. Her cousins have always had a huge impact on her life and helped her greatly in her college decisions. In the fall of 2017, Mary will be attending the University of Delaware where she will major in Biochemistry. In the future she has hopes of becoming an Ophthalmologist in a warm, southern state.

A pigtailed six-year-old girl sits in her cousin’s bedroom watching his pet snake devour a mouse.

She knows not to tap on the glass as she stares intently at the oscillating muscles slowly pulling the mouse farther, deeper into the snake.

Most people don’t like snakes. They don’t like what the blackness of their lidless eyes reflects to them.

The girl wishes she could have arrived in time to observe the snake kill the mouse. How poetic it would have been. She’s a Red-Tailed Boa Constrictor with beautiful sandy coloring and splotches of burnt red diamonds outlined in black down her back and sides.

The young girl’s cousin explains how the snake’s vibrant tail attracts prey. Imagining the serpent basking in the sun of a vast desert, the girl feels sorry for the boa in the tank where she can’t stretch to her full length. It’s in this moment, when the little girl begins to understand why the snake tried to escape the tank so many times.

On previous visits when the snake wasn’t eating, the girl’s cousin would let her hold the heavy rope of an animal under close supervision. Her intense fascination with the creature perplexed him. This fanged-hunter might be domesticated, but the idea that his pigtailed six-year-old cousin wanted to be so close to an animal that constricts its prey until death made her seem strangely mature for her age.

She found beauty in the eloquent contorting of the snake’s movements. The twisted clump from the tank had distinct muscle definition running her length and could easily destroy the little girl if she wanted, however an uncommon trust was developing between the black eyes of the ruthless killer and the soft blue eyes of the girl.

Precise contractions continue to pull the mouse and the snake’s neck expands as her food fills her entirely and the tiny girl twirls her pigtails, watching.

None of the girl’s other family members ever show interest in the snake. They must not like the mystery that swirls in the snake’s deep, black eyes. They must see how much the snake costs and think her a waste.

They do not see the snake’s skin as delicate artwork–proving God exists.

The mouse is gone.

There just remains a slender tail that dangles from the serpent’s mouth and the waving muscles continue their steady motion tugging at her dinner. The small girl with pigtails and blue eyes still watches as her cousin leaves. Her family talks, eats, and deals cards in the other room while music plays and the TV cheers with another goal. The snake is ignorant of human life.

She only knows how to seduce prey, strangle existence.

As the snake closes her mouth around the last inch of her meal, Mary catches a glimpse of her faded reflection in the glass tank. Her eyes appear darker and the pigtail she was twisting has loosened slightly. She doesn’t understand the magnitude of her attraction. The power, the beauty, the life, the violence, the finality, the death–she wants it all.

In the living room, the family sits together, but alone digesting dinner, turning over thoughts of life and death, lacking the courage to say or do anything.

Mary shuts the bedroom door. Turns, and is pulled by the complexities and contradictions that swell beneath the heat lamp above the tank. 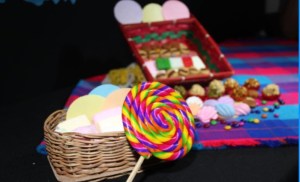 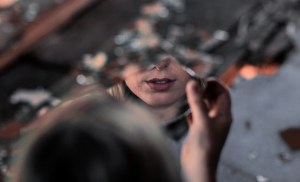 The Write on Fight on Essay Contest Winner-Siret Mann