The Man with the Hole in His Brain- Chapter 2

It is not the critic who counts; not the man who points out how the strong man stumbles, or where the doer of deeds could have done them better. The credit belongs to the man who is actually in the arena, whose face is marred by dust and sweat and blood; who strives valiantly; who errs, who comes short again and again, because there is no effort without error and shortcoming; but who does actually strive to do the deeds; who knows great enthusiasms, the great devotions; who spends himself in a worthy cause; who at the best knows in the end the triumph of high achievement, and who at the worst, if he fails, at least fails while daring greatly, so that his place shall never be with those cold and timid souls who neither know victory nor defeat. ~ Theodore Roosevelt

Ms. Baker knew The Man with the Hole in His Brain before he was a man. And presumably before there was a hole in his brain.

Ms. Baker knew him as The Boy with Blue Eyes.

Their story, like all human stories, sewn with a subtle yet remarkable thread, crossed its first stitch early one morning, twenty-four years ago, in a loud and stuffy classroom.

Ms. Baker was locked in screaming match with her first period class when she felt the hot-rush realization that she wasn’t wearing a bra.

She stopped screaming, locked her knees, jerked her right hand up to her heart as if she was pledging allegiance for the second time that day.

Screaming, clutching, tightened lips, big eyes and a sudden loss of gravity as if her white Corolla spun through faculty meetings and parent-teacher meetings and back-to school night at dangerous speeds causing her jet black hair burst from their bobby pins, her axles snapped and she collided head-on with an 18-wheeler hauling bushels 14 year-old ramrods.

“What is wrong with you people? Why are you so disrespectful?”

She wanted to do something dramatic with her hands, point a finger, pound a desk, but she couldn’t. No bra.

But quiet never came. Her yelling only fed their fires. Someone threw a ball of paper across the room. Someone screamed fuck.

Ms. Baker, still pledging allegiance, verged on something wild. Clearing her throat, she felt a violence boiling in her gut however, she caught the blue eyes of the boy who would grow up to become The Man with the Hole in His Brain and the boiling settled and simmered.

The Boy with Blue Eyes was writing a story about a boy who ran away from his unruly high school and found refuge in a New York City hotel with a green-eyed prostitute during the blackout of 1977.

The Boy with Blue Eyes reminded Ms. Baker of her younger self. Quiet, friendly, imaginative. When she jockeyed with the class, he would sit at his desk and write. His assignments were always completed on time and done  exceptionally well. In fact, they often took him hours to complete. Not because they were difficult but because he was obsessed with achieving a sort-of written perfection.

Ms. Baker spun to her desk, picked-up a pack of papers, held them to her chest, turned and faced the classroom.

Embarrassment, yes, but it was the end of September, and the classroom was still warm, as if summer was coming and not going. And the streak of sweat that rushed down her spine was a combination of internal and external forces in the classroom.

Ms. Baker moved to his desk and stood before The Boy with Blue Eyes. The classroom roared.

A kid with a marijuana leaf painted on his backpack stuck his head out a window and barked at a squirrel dashing across the courtyard.Two football players arm wrestled in a corner. A group cheered. Someone threw a dollar bill down on the desk. Two girls stood in the back of the classroom by a bookcase lined with dictionaries talked fast like they were in a smoky night club.

Ms. Baker looked down at The Boy with Blue Eyes, smiled and handed him a piece of loose-leaf printed with a recent assignment where he wrote about an innocent Puritan woman accused of witchcraft.

“Nice job! You have a strong writing voice. Keep writing!”

Mrs. Baker smiled, and The Boy with Blue Eyes smiled but before he could respond, sitting behind him was a kid known as Fire Hydrant, who Ms. Baker legitimately feared, and who said things like, “Ms. Baker,  you’re sexy when you’re angry.” Leaned into the ear of The Boy with Blue Eyes and whispered “faggot.”

When she married, her and Mr. Clearly moved to Virginia where he still sells insurance and she teaches a little private school where she stills teaches English and supervises the school’s poetry club.

Mrs. Clearly’s classroom is quiet now. She hasn’t screamed or forgotten her bra in years. She was awarded Teacher of the Year at her school. Her skirts are longer now and her words have a seasoned, weighty quality to them. They are clear, direct and poised. Her teaching methods have been featured in education magazines and she facilitates a program for first year teachers in her district.

She tells first year teachers about her first year of teaching. How it is was a daily car crash.

She tells them new teachers get in trouble when they try to over complicate teaching. When they try to do too much, they often forget the fine details, like wearing a bra.

Then Mrs. Clearly sits down and gets serious, almost sad. “I heard Fire Hydrant call The Boy with Blue Eyes a faggot. I saw his bright blue eyes dull to gray. Then, he quietly closed his notebook, put down his pen, and lowered his eyes.” Mrs. Clearly shifts her weight, “I knew he had given up. I should have said something. But I didn’t. I was afraid.”

She tells the teachers she heard Fire Hydrant graduated high school, graduated college, scored a job selling pharmaceuticals, got married and had two sons. “He has a good life. But– but I’m sure he’s ignorant of the damage he caused that day. I guess, from time to time, we’re all guilty of such ignorance.”

The Boy with Blue Eyes stopped turning in writing assignments, his grades dropped. At the end of the first semester he transferred to another school and never saw Fire Hydrant or Ms. Baker again.

The notebook remained closed for almost a half-century, until a doctor found something wrong with the boy’s brain and The Boy with Blue Eyes became The Man with the Hole in his Brain.

Finally, with nothing to lose, he opened the notebook, picked up the pen, and started writing again.

He’s a writer again. His words walk a tightrope of transparency and vulnerability while attempting to maintain a masculine balance. He writes to entertain. He writes to discover truth. He writes to feel strong. He writes to fill the hole in his brain with imagination instead of hopelessness and resentment. He writes secrets he can’t tell his wife. He writes to make his father proud. He writes in case he dies young. He writes so his voice may one day comfort his children when they’re older and far from home. He writes for Ms. Baker/ Mrs. Cleary. For Fire Hydrant. For himself. Because twenty four years ago he gave up on a dream. He let an opinion dry his pen, quiet his voice. When he was a boy he let the critic win.

He now understands how Ms. Baker, Fire Hydrant, and the fictitious boy who ran away from high school to find a green-eyed prostitute in the sitting confidently cross-legged in lobby of the Warwick Hotel in the violent heat of 1977, stitch his story.

He’s thankful now for Ms. Baker’s silence, for Fire Hydrant’s mockery, for a green-eyed prostitute who taught him how to remain still in the cold glare of the critic.

It took years for the boy’s eyes to light-up a wondrous blue again. Years to pick up the pen and open the notebook.

Years to stare back at the things he was once afraid of.

“The man turns back to the mirror. His eyes are deep blue like the child’s.  Below his soft chest,  beats the heart of a child–boundless and wild. A heart that yearns to play outside again. To run, jump, tackle, and swing. To sweat, to bleed, to get dirty again. A heart that is much younger then the body that holds it.” 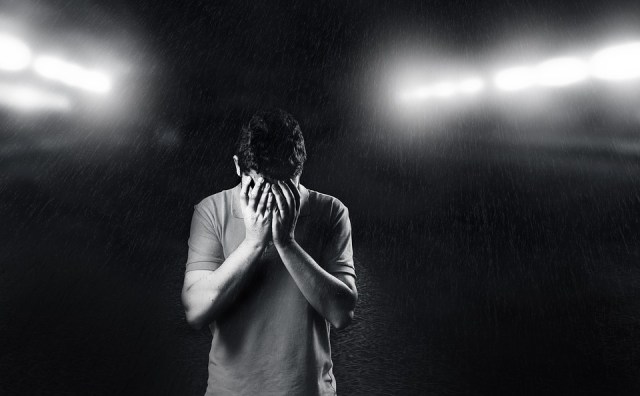 Check out my interview with podcaster Jesse Jackson!
"Don't be scared to publish work": An Interview with Jon Westenberg of Creatomic
This I believe