WriteOnFightOn Health,Life Lessons,Writing The Pilgramage (or why I really went to Atlantic City last week)

“Everything dies, baby that’s a fact
But maybe everything that dies some day comes back.
Put your makeup on, fix your hair up pretty
And meet me tonight in Atlantic City.”

Last Friday I made the 60 mile pilgrimage from Philadelphia to the Atlantic City, New Jersey to present my writing workshop “Learn to Write like No One is Reading” at New Jersey Educators Convention. 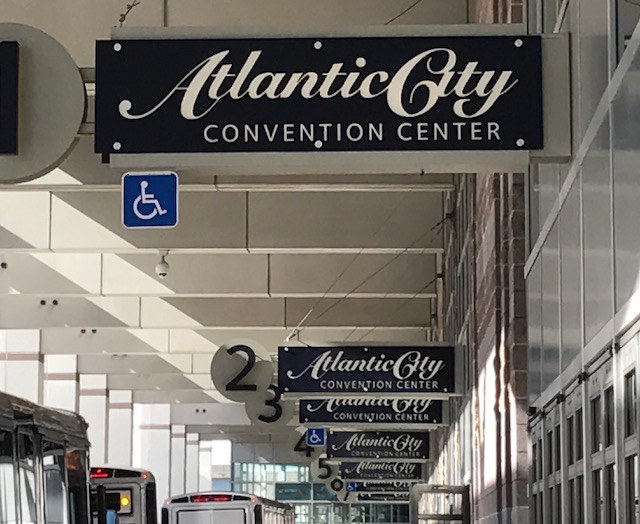 The workshop, a culmination of strategies and experiences I’ve accumulated over the last 15 years of teaching, explores how teachers can use storytelling as an instructional practice to deepen student learning while helping students further embrace the writing process.

The workshop was well received by the audience. They actively participate, smiled, laughed at my jokes and from what I could tell, left with at least one new strategy to use in their classrooms.

For the last few months I’ve been making presentations at various professional learning seminars. And I’ve come to really enjoy talking literacy and helping educators facilitate classrooms that promote writing and storytelling so to inspire their students to become better writers.

But if I’m being purely honest — the real reason I went to Atlantic City last week to present a writing workshop was a purely selfish one. 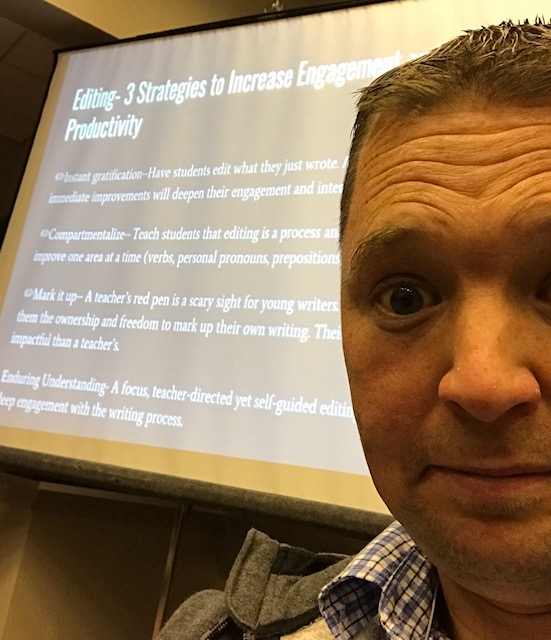 In September of 2013 an MRI revealed that I had suffered significant brain damage.

However there was no clear catalyst — a car crash or a fall — to warrant such loss of brain matter so quickly.

In October of 2013, after the Director of Neurology at Jefferson University Hospital examined my MRI he acknowledged majority of my cerebellum had died, suggested I start testing for every known debilitating and fatal disease and then asked if I had long-term disability insurance.

“I can’t predict what will happen to your brain,” he paused and looked over at the MRI still displayed on his computer screen, “but if you can somehow acquire long-term disability insurance I think you should.”

During its annual Convention, the New Jersey Educators Association has a no-physical-required, no-questions-asked open enrollment period for its long term disability insurance.

The only caveat was you have to enroll in person at the Convention in Atlantic City.

So in November of 2013, as mom drove the 60 some miles to Atlantic City, we outlined my plan —  enroll in long-term disability insurance and brave on long enough for the paper work to process so that when I when inevitability lose the ability to speak or see or lose muscle function and can no longer work, my family would’t be so financially burdened.

When mom dropped me off outside the Convention Center, I told her to circle around the block because I wasn’t going to be long. I guess because when your life is undergoing a massive reconstruction sometimes you have no choice but to work as fast as you can.

I mazed through the Convention floor until I found the Prudential Insurance booth where I asked a few questions, looked at a few charts, enrolled in the long-term disability program, hustled back the way I came, walked out of the Convention Center, into the cold November sunlight and waited for mom to pick me up and take me home.

“The purpose of a pilgrimage is about setting aside a long period of time in which the only focus is to be the matters of the soul. Many believe a pilgrimage is about going away but it isn’t; it is about coming home. Those who choose to go on pilgrimage have already ventured away from themselves; and now set out in a longing to journey back to who they are.”

L.M. Browning, Seasons of Contemplation: A Book of Midnight Meditations

Last Friday I selfishly trekked 60 miles from the Philadelphia suburbans to the Atlantic City Convention Center.

In a way, I found something redemptive in those hard-earned miles. And though skirting pot holes and grinding through traffic can not repair the damage in my brain, it did remind me that somehow I’m still very much alive and that I still have a story to tell.