“Chase, are you ready for today?”

“What’s today? It’s only the biggest game of your young life. It’s what you worked all season for. It’s the championship!”

Chase is sitting at the kitchen table. His hands are behind is back and he’s lapping the strawberry frosting off a donut as if in some first grade icing licking contest.

“Did you hear me bud? It’s the championship!.”

Chase looks up from his soggy mash of preservatives. A glob of pink icing hangs from his nose and there’s a cluster of yellow sprinkles on his chin.

“What’s a championship! How do you not… It’s the…”

Chase’s soccer team, the Red Dragons, had muscled their way through the season. As a team, they racked up the most goals in the league and last Saturday they faced their bitter rivals…The Gold team. 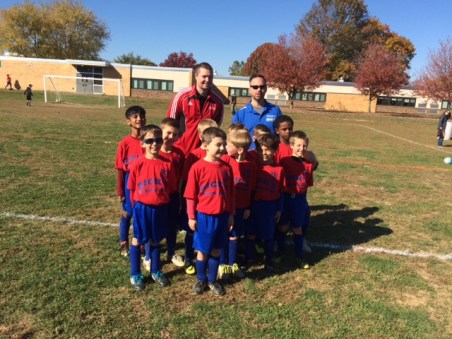 But on the morning of the big game, Chase our starting midfielder, was absolutely unimpressed by the moment. He was too busy mauling a donut to care about championship glory. 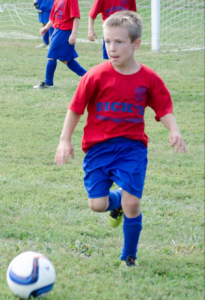 I’ve said before that my children are fantastic little teachers. They often, albeit inadvertently, teach me about things beyond their understanding. We adults are notorious for over complicating, over thinking events. We make mountains out of mole hills. This kind of thinking leads to anxiety which often leads to binge eating donuts in the dark.

But children are champions of momentary living and I shudder to think of all the adult hours of happiness I’ve forfeited to the pills of anxiety, worry and regret.

We lost the game 3-0 and Chase didn’t seem care. As I watched him receive  his post-game juice box, snack and then skip off the field it became apparent  that a short memory can go a long way.

After the game, Chase and I were sitting on the front step of our house. As he  attempted to suck the lining out of his juice box and as a warm November sun rested on the world, it seemed like a nice opportunity for a father-son talk.  An opportunity, to bestow some of my fatherly wisdom upon my little cleated cub. So put my arm around him, pulled him close and asked if he was ok that they lost.

He stopping sucking and looked up at me as if I  had a glob of strawberry icing hanging from my nose and replied, “Yeah, I don’t care.”

He then farted and laughed at himself.

Passing Through: A Reflection

Get your WoFo Gear!
Hang in there
"Dad, why is it raining?" 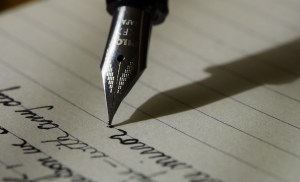 Why you should write letter to your troubles