Passing Through: A Reflection 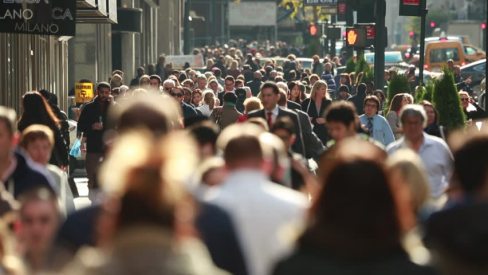 Last Thursday night, after I finished the final edits for “The Day I Learned I Couldn’t Jump (or Learning to Fly)” I couldn’t sleep.

While writing that story, I felt like a guest at a reunion of sorts. Bill and Denise and the two chatty Cathys on the treadmill were in attendance. Although brief, it was comforting to have people from my past  back in my life again.

As I laid in bed, working my head into the pillow, watching the ceiling fan spin, I wondered what Denise thought about the Giants chances this season. I imagined how her eyes would light up when she talked about Odell Beckham’s athleticism.  What she would say about Carson Wentz? Does she believe he’s destined to bring the Eagles their first Superbowl title?

Though physical therapy was hard, humbling, ego-shattering work I miss the camaraderie,  the challenge, the little triumphs. Like on the afternoon when I learned I didn’t have Huntington’s Disease, how Denise high-fived me and how later that same afternoon, I successfully walked heel-toed along a 10 foot length of blue tape without using a handrail.

I remember, on the second to last rehab session at St. Lawrence, I entered the activity room and the chatty Cathys were chatting and walking on the treadmills. Denise wasn’t around. Neither was Bill.

It was January. Everything was in deep freeze. From the sky to my bones, the entire universe seemed to be low on light, low on energy.  I dragged myself to the elliptical machine and set my feet on the oversized pedals.  My legs were tight and heavy and with Denise not around, I worked the pedals with little enthusiasm.

After a few uninspired minutes, Denise entered the activity room and I straightened up, like a kid caught misbehaving and pedaled faster. She walked toward me holding her clipboard close to her chest.

She offered a curt little nod and looked as if she wanted to say something but simply couldn’t find the words.

“Denise are you ok?”

Her eyes filled as she spoke, “Bill fell last night.”

Bill’s brother found Bill lying in a pool of blood on the bathroom floor. Fracture skull. Doctors gave him a 50% chance. Denise, the forever optimist, was 100% certain he would survive.

On my last day at St. Lawrence,  Denise and I walked out into the cold ache of a January afternoon exchanged a final barb, hugged, and went back to our lives.

A few months ago, a student told me she was going to miss class because she had to drive her father to physical therapy. He had a hip replacement and was rehabbing at St. Lawrence. The student said at first her father resisted physical therapy, but now he actually enjoys it. Looks forward to it even. She tells me her father’s therapist is really nice.

“Is her name Denise?”

“I know. Do me a favor. Tell her Jay say hi and that the Giants stink.”

Unfortunately, I don’t know whatever happened to Bill.

“The Day I Learned I Couldn’t Jump” is a hard story to put to rest. Maybe that’s why I’m still writing about it this week.  Writing the story made me think about how we’re all just passing through each others lives. Of course, some pass slower then others yet nevertheless, it’s impossible to understand the depth of the impressions we leave on each other..

Some people pass through us like medicine. Like magic waters. They heal us, strengthen us, fix us.

Others are hurricanes. They break our windows, unhinge our doors and crumble our foundations. Forcing us to rebuild, rehab, or quit.

Cindy just stole the comforter, the ceiling fan is spinning and though I’m sure he’s a page and spine man, I imagine Bill alive, somewhere, reading this post. His steely eyes tracing my words, his mouth remaining straight and strict even when he realizes that he, just a traveler just passing through, inspires me to write on, to fight on.

I turned 39.5 this week so I made a list of 39.5 things I still think are awesome
An except from the book: Bowling with God
Happy Gotcha Day! 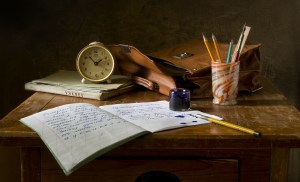