Sex Education with the Armstrongs

Haley lets out a sigh and says, “I’m bored.”

“I read all the good books in the house.”

I pick up my proof copy of Bedtime Stories for the Living and wave it at her.

She rolls her eyes, spins away, and climbs the stairs to her bedroom.

In two weeks (December 3, 2021) BSFL will be released. Yes, the book is mainly about me coming to terms with my illness but it’s also my attempt to capture little moments with my children that will soon be forgotten.

My illness forced me to accept not only the brevity of life, but how little moments, that meant so much at the time, get lost forever.

Below is a chapter from the book that attempts to capture two small moments about my discomfort addressing sexual topics with Chase.

PS: With BSFL’s upcoming release, I built a new website jayarmstrongwrites.com. Check it out! There’s a direct link to the Amazon bookstore where you can pre-order an ebook. (If you want to order an old-school physical book you will have to wait until 12/3/21 to place your order.)

SEX EDUCATION WITH THE ARMSTRONGS

A few years ago, all five of us stood admiring my newborn niece, Madison Kathleen, as she stirred in her clear hospital-issued bin. My sister-in-law had nodded, smiled, and politely announced it was feeding time.

When I had ushered my three kids out into the white hospital hall, Chase looked up at me with a pair of honest blue eyes and asked, “Dad, how do babies eat?”

“Excuse me?” I motioned toward them.

They cut their conversation and looked at us.

“Hi. My son would like to know how babies eat?”

They all smiled and one nurse, the most veteran looking of the three, stepped forward and approached us. She leaned down. I stepped aside and Chase nervously smiled. “Well,” she scrunched her nose and, with adult seriousness, said, “Babies get their food from their mother’s breasts. So with their mouths, babies latch—”

Cindy and I then said our goodbyes and, with our kids trailing behind, we moved down the hospital hall, entered the elevator, took the elevator down to the lobby, crossed the lobby, exited the revolving doors, crossed the breezeway, entered the parking garage, hooked a right, and found our SUV. Before he climbed in, Chase held the door handle. He fixed his eyes on me with the gleam of a boy who had just found a magic key, slipped it into brass hole, turned it, and unlocked the old oak chest that hid all the adult mysteries of the universe. He exclaimed, “So that’s what nipples are for!”

A few years later, Chase and I are driving home from his baseball game. It’s a warm March afternoon. There are blue skies, no clouds, and a high sun. It’s the kind of day that makes you forget about wearing sunscreen until later when your nose and cheeks and neck are tinted red, and someone tells you that you should’ve worn sunscreen. The windows were halfway down and the radio is on. Things were going just fine until, from the back seat, Chase asks, “Hey Dad, what is semen?”

I do, what I assume, all unqualified parents do in such situations—I turn up the radio. I whistle. I drum on the steering wheel. I inch down the window a bit more. I keep my eyes locked on the unfurling road ahead. I let the sunshine and ignorance and fear bathe over me.

I stop whistling and drumming. I hold my breath. Maybe if I stay very still, he will forget about me. About the question.

“Um, there’s a lot of deer around here. Help me look for deer.”

I glance at the rearview mirror. Chase stares back at me with a pair of big blue eyes. I wish Cindy was here or Dr. Oz or maybe my high school Phys Ed teacher, Mr. Klebe, with his poster of the male reproductive system to coach me through this answer.

An ancient biochemical reaction stirs inside me. My nervous system releases adrenaline and cortisol. My heart quickens. My muscles tense. My face warms. I can feel the sun burning me now. The logical, mature thing would be to clear my throat and give my son a measured response, but what I want to do is unbuckle the seat belt, toss open the door, jump out, and spend a week in the hospital so that Cindy can answer this one. Before I can calculate the trajectory of a 180-pound man exiting a car traveling east at 40 mph, I’m interrupted again.

I should be honest with him. I should tell him I’m a product of semen. So is he. So is Plato, Joan of Arc, Sitting Bull, Thomas Jefferson, Anne Frank, Winston Churchill, President Biden, and Cardi B. No other resource in evolutionary history has shaped the world more than semen. (Except their counterpart, eggs, of course.) The wheel, the Roman Empire, Buddhism, the cotton gin, indoor plumbing, Wrigley Field, and the iPhone would not exist if semen didn’t exist.

Something inside of me shifts. And so, in a calm, masculine voice, I ask, “Do you want to stop and get something to eat?”

Sheer ignorance, the I-spy-deer game, and my attempt to distract him with food are foiled. The kid wants an answer.

With the radio on and the four windows all the way down—a six-cylinder, luxury wind tunnel, I shout, “Semen is—”

“I can’t hear you. Can you put up the windows and turn down the radio?”

I listen to my ten-year-old son. I turn down the radio, put up the windows, take a deep breath, and clear my throat.

“Semen is the stuff in your testicles.”

“You mean the stuff your balls float in.”

I look into the rearview mirror and Chase is staring out the window. I feel bad. A stronger dad would have told the truth about how babies are born. About semen and ovaries and eggs and sex and storks. This could have been one of those tender father-son moments. The fabled birds and the bees talk. Maybe I can tactfully resuscitate the conversation. Maybe I can rectify my cowardice.

I clear my throat again and say, “Now, let’s see if we can find some deer.”

Look at what came in the mail

Introduction to “Bedtime Stories for the Living”

Why I Need to Celebrate My Worst Day

Facing Fear: My First Vlog
Look what came in the mail
Why we need to tell our stories

Why we need to tell our stories

52 Reasons to Get Up 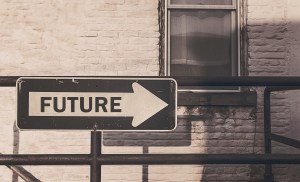 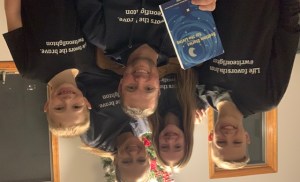