A recent conversation with a friend went something like this:

Friend: Why do you blog?

Friend: Do you worry about writing something you might regret?

Me: (Thinking) No. I’m more worried that I’ll write something and no one will read it. I’m worried I won’t be heard.

A week before I retired from teaching, I wrote an email to a colleague whom I worked closely with for almost 15 years. The colleague and I didn’t always see eye-to-eye. But from what I could see, we respected each other as professionals. I debated whether to write the email. Eventually, I swallowed my pride and submitted. I wrote the email. It was a hard email to write. I apologized for some things and expressed gratitude for others. I was hoping to make peace. Leave on good terms. A real swan song.

One of my favorite chapters in Tim O’Brien’s “The Things They Carried” is “How to Tell a True War Story.” The chapter opens with a story of an American soldier, Rat Kiley, writing a letter to a dead soldier’s sister. Rat expresses how much the dead soldier meant to him. He said the dead soldier was a great guy. His best friend. He sends the letter and waits.

I taught that chapter for many years. And every year students always asked about the letter. “What was the point of O’Brien framing the chapter with a story about an unreplied letter? It seems so small. So civil. So relatable.”

I would do the teacherly thing and do my best to answer the question. I would say something about how difficult it can be for a man, a soldier nonetheless, to get sentimental. Because in war, there is no room for sentimentality. And when sentimentality is met with silence, it hurts.

I first read “How to Tell a True War Story” in college. It was then that I became interested in things that were unsaid. In fact, with twentysomething vigor, I began my first failed attempt to write a fiction novel. The book was called, “Some Things are Better Left Unsaid” and it was about a college kid, who late one night witnesses two gang members, from rival gangs, (even though I knew little about gang culture) murder a member of a third gang. It was set in New Mexico (even though I had never been there) and follows the young witness as he mouses through gang territory ( I don’t even know if there are gangs in New Mexico) with information that could bring down two violent gangs. It was ambitious endeavor, but like a drunken idea, soon passed out on the dorm floor.

Lately, I’ve been haunted by the John Mayer song, “Say What You Need to Say.” I don’t know why. I don’t particularly like John Mayer’s music. And to this day, hearing “Your Body is a Wonderland” still makes me uncomfortable.

But I think given my age, health, and retirement has made me sensitive to the little time we have to “say what we need to say.” And how so much of our anxieties, fears, frustrations, and sadness comes from the tension of words unsaid.

Not that I’m advocating recklessness with words. But I’m learning expression frees important mind-space and helps us to not bottle up and shutdown.

As my friend and I shift the conversation to dogs, my friend tells me about the perils of crate training their dog. I pay attention, but the unreturned email nips at my ankles. That email, like puppies in a store window, jumps for attention. Did my colleague even open my email? If they did, what was their reaction? Did they laugh at me? Did they even care? Did they take the, “If you have nothing nice to say…” approach? Did they ignore me on purpose? After 15 years of working together, didn’t I deserve a reply? Did they intend to reply but life, as it so often does, got in the way? Or maybe they replied and the internet, like a hungry puppy, ate their reply?

I realize now the unanswered email is no longer my problem. Yes, my ego was bruised (which is my problem) but I took a risk. I did what John Mayer instructed and said what needed to be said. And in the end, that’s all we can do. We can’t control how the universe responds.

Then my friend laughs and says, “You know, dogs and writers are a lot alike. They both just want attention.”

PS: The dog search has ended!!! Maggie May will be arriving soon. Hopefully, I’ll have some pictures to share next week.

An important lesson from a gangster

Grab a "Life Favors the Brave" T-Shirt
What makes you rare? ( or how to overuse a simile)
Quarantine is not Grrreat! 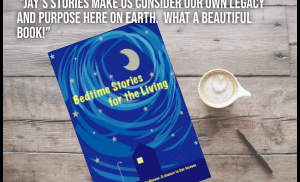