I’m writing a book for young men about young men and their mental health. The working title is “Why are the Suburban Boys Killing Themselves?”

The book was inspired by the life and death of one of my students and the growing mental health crisis facing young suburban men.

To date I have conducted one-on one interviews and online surveys with 35 young men between the ages of 16-24. If you would like to help with the project in anyway–interview suggestions, reading or research suggestions–you can email me at writeonfighton@gmail.com.

A month into the research and two things keep coming up:

I recent spoke to a young man–let’s call him Mike.

Mike is a 20 year old college student from the suburbans of New Jersey. He’s currently earning a bachelor’s degree in marketing. He explained throughout middle school and then high school he equated his grades and academic achievements with his specialness.

“In middle school, when I earned high marks, my parents praised me. They took me out to dinner and told all their friends how well I was doing. They even had a bumper-sticker on their car that told the world I was an honors student. They bragged about me and it felt good. I guess–I felt special. However, high school was different. I was in AP (advanced placement) and honors classes and I struggled to maintain good grades. My parents grounded me and forced me to study more. They didn’t talk about me to their friends. I really believed that if I didn’t achieve high marks then my parents wouldn’t love me as much. I was terrified to fail.”

Mike’s desire for specialness, or performance-based self-esteem, appears to be the greatest motivator for boys and young men.

I listen to and watch my nine year old son with his friends and they’re always competing each other. Who can run the fastest? Hit the baseball the furthest? Score more goals? Earn more kills on Fortnite?

Look, when I was his age, I did the same things with my friends. The man vs. man competition is as old as sky. And I’m not suggesting young men shouldn’t strive to achieve to be the best. They absolutely should. They should go out and compete. Healthy competition is valuable for social and emotional development. But for young men, a healthy personal fulfillment must outweigh public success*. The desire to achieve must be internal. External motivation is an ephemeral. When a boy believes self-worth hinges on his achievements than he is fated to have more conflicts with others, more stress and anger issues and have a higher use of drugs and alcohol.

(*The question: If you had to choose between public success and private fulfillment which one would you choose? is a question on the survey I’m using to gather research.)

Literature as a Mirror

Young men often believe their problems are unique. That no one could possible understand them.

Part of my book effort is to connect the “real problems” of young men to problems fictional-male characters faced.  My reasoning for this–boys and young men show considerably less interest in reading than girl and young women.

And I believe literature offers a valuable resource for improving the mental health of boys and young men.

As a high school teacher I have intimate experiences with young men uninterested in “classic literature.” The “this doesn’t relate to me” excuse is one I continually hear in my classroom. Call me wishful, but with the right tact and hook, I believe young men can find comfort and perspective in literature. Because literature is ripe with male characters who are struggling with the same conflicts that the modern young man is struggling with. Sure the clothing and settings may have changed but the young man’s struggles have been an apt subject of literary exploration since, well, man began writing stories.

Arthur Miller’s play, Death of a Salesman is a high school staple. When his sons are in high school, the father, Willy Loman teaches his sons that achievements equal success. Be the most athletic, most attractive, most popular and you’ll be a man. For Willy, specialness is earned solely through achievement.

The problem is when his sons, Biff and Happy, graduate high school learn they’ve been deceived by their lying, womanizing father. The boys also learn the world beyond high school is cruel and indifferent to their juvenile achievements.

Young men should be praised for what they create, contribute, learn or how they help others to improve instead of public successes or victories.

Like everyone, young men crave to be accepted and loved who they are yet they’re conditioned to believe that they’re only worthy of love if they achieve great things.

And in today’s hyper-exposed world, where young men are inundated with pictures and videos of the achievements and victories of other men it is only natural for young men to have a self-esteem problems. To feel like a failure. To crave the specialness that other men appear to have.

But too often, young men don’t want to admit they have a self-esteem problems, because admitting they have a problem is admitting defeat and young men aren’t allowed to lose.

If you would like to help with my book project in anyway–interview suggestions, reading or research suggestions–you can email me at writeonfighton@gmail.com.

Life favors the brave. Subscribe and receive my weekly stories, encouragement, and positive messages to help you through this thing we  call life.

A book update, a health update...
A Little Help from My Friends
An excerpt from Chapter 1 of "Bedtime Stories for the Living": The Phone Call

An excerpt from Chapter 1 of “Bedtime Stories for the Living”: The Phone Call 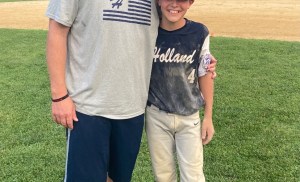 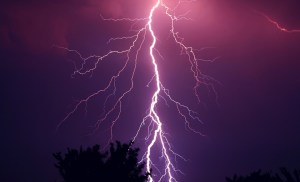 An except from the book: Bowling with God