Compassion vs. Cruelty: Why You Should Read “The Road” by Cormac McCarthy

This afternoon, sometime before dinner, you will turn on the evening news.

A suited-man seated behind a desk welcomes you.

Then, without warning, he launches into a blitzkrieg of stories:

Murder, mudslides, deadly carnival rides, Constitutional decay, children trapped in hot cars and how North Korea is stockpiling nuclear warheads like canned goods before finally, mercifully, the fine-suited man looks at you, smiles and says, “We’ll be right back with more news at 4.”

A little unnerved, you linger by the TV, catching your breath, hoping that when the fine-suited man returns, he returns with lighter news.

There’s a tractor-trailer stuffed with dead Mexicans in Texas,  a love-triangle gone wrong in a central Pennsylvania and OJ Simpson was just granted parole in Nevada.

You shake your head and hold your stomach and wonder, while listening to your children play in other room, if the world is purging itself of compassion like its been purging itself of fossil fuels for all these years.

Meet with immediate praise, The Road won the Pulitzer Prize in 2007, scored a sacred spot on Oprah Winfrey’s Book Club that same year and in 2008 Entertainment Weekly named The Road  the most important book of the last 25 years. 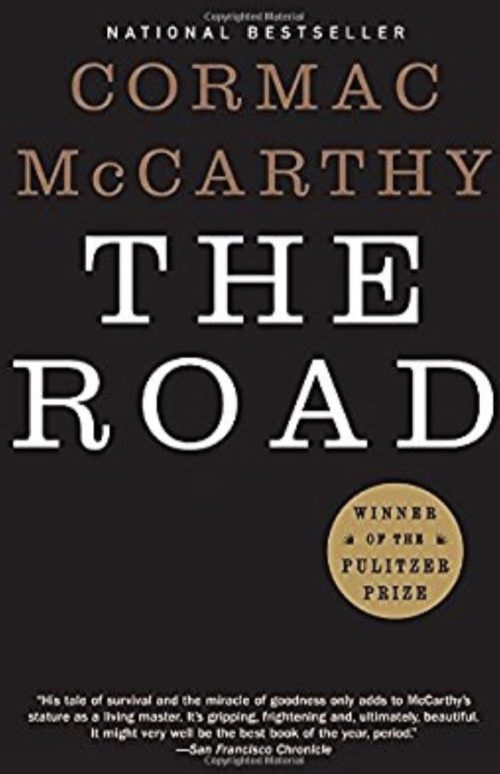 The Road is a parable that narrates the harrowing journey of a father and son as they move cautiously through a post-apocalyptic America.

It’s “cold enough to crack stones”, gray snow falls from a gray sky, the man-made world has been charred and destroyed and food is achingly scarce. So scarce, people have resorted to cannibalism.

At 1:17 the clocks stopped. Followed by “a long shear of light and then a series of low concussions” then everything turned to ash. 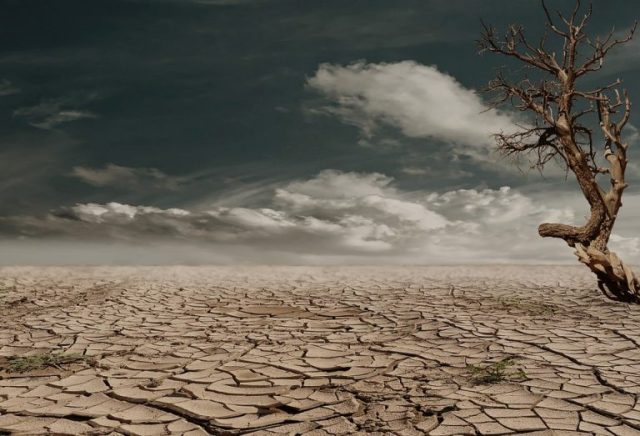 McCarthy never reveals the origin of the cataclysm because the novel is not concerned with how the world came to ruins.

It’s concerned about the state of morality in a post-apocalyptic world.

And the father, who is unnamed to highlight the universality of the book, is crossed, like we are, as he attempts to raise his child to be decent and civil in an indecent and uncivilized world.

Why am I such a fan?

Aside from McCathy’s breathtaking prose, which teeter on the edge of absolute poetry,

“Then they set out along the blacktop in the gunmetal light, shuffling through the ash, each the other’s world entire.”

The Road forces its characters and its readers to weigh the costs of both compassion and cruelty.

That moral divide of, “Do I dehumanize others for my own survival?”

The cannibals have resorted to dehumanization to fill their stomachs with food. Yet in doing so, they are selfishly killing humanity’s chances of survival.

McCarthy parallels such selfish cruelty with the father’s heroic attempts to teach his son why compassion, more than cruelty, is necessary for humanity’s survival.

Compassion, like cruelty is a human instinct. Take the French philosopher Anne Dufourmantelle, who recently died while saving two children from drowning.

Two children she did not know.

Cruelty is the easier of the two instincts.

And, based on the closing pages of the book, it’s the reciprocation of compassion that will renew the world.

The Road as a Guide to Parenting

You will never find The Road waiting on the shelves in the Parenting section of a bookstore. But beyond the terse, dystopian, survival story it’s about how to raise a child in the bleakest of hours.

McCarthy dedicates The Road to his then 7 year old son John Francis.

In his interview with Oprah, McCarthy calls his son the coauthor of the book. Because many of the conversations in the book were based on real conversations McCarthy had with his own son.

McCarthy has said that The Road is everything he wants to teach his son about growing up, about life, about being “a good guy.”

The father continually tells his son, that no matter what, “You must carry the fire.”

Yes, the fire is literal–the boy needs the fire for warmth and to cook but fire is metaphorical for compassion and love.

Because, the father believes it’s the fire that will spring the boy’s survival.

And I couldn’t agree more.

As a parent of nine years, I’m starting to understand the weight of both my words and actions of my children.

I’m starting to understand that my words and actions are etched in their soft walls, like cave drawings, artifacts, maps that offer understanding and direction to the world that lurks outside.

It’s a terrifying thought to entertain– but the foundation of their little ideology is built upon what I say and do.

The Road’s Call to Action

The Road isn’t about the apocalypse. It’s about love. It’s about having the courage to be decent in indecent times.

The Road is bleak. It will test your spirit. It will make you question the fate of humanity.

But so will the evening news.

My Summer Reading in Review (2016)
It's called "The Alchemist" and you should read it.

It’s called “The Alchemist” and you should read it.