“Don’t be scared to publish work”: An Interview with Jon Westenberg of Creatomic

Jon Westenberg is a marketing executive, creative director, entrepreneur  and writer from Sydney, Australia . Jon has over 100k readers on medium.com and has been featured in Time, The San Francisco Chronicle, Entrepreneur and over 40 other publications.

He is passionate about marketing, technology, creativity, helping people and occasionally geeks out over a good cup of coffee.

I highly recommend reading anything Jon writes. He is poignant, honest and is surgical with the obscenities.

What I like most about Jon is that he simply wants to help people. He wants to help creatives, writers and entrepreneurs recognize the creative power and magic that lies in them. 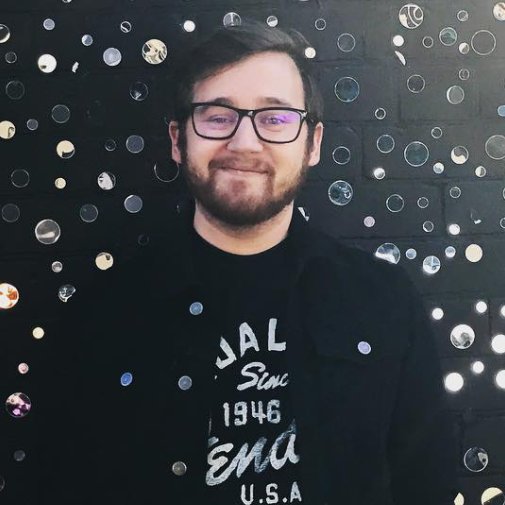 Who is Jon Westenberg?

I’m a writer, an entrepreneur and a guy who has a lot of big dreams about helping people. When I’m asked what I do for a living, I tend to answer with – whatever I’m passionate about at any given moment!

Your mother was a high school teacher. What was the most important lesson you learned from her?

My Mum was a high school teacher, but she was also my teacher, because she home-schooled myself and each of my 6 brothers! The most important lesson I learned from her wasn’t academic however…it was a life lesson. She taught me that starting your own business and living life on your own times is a great thing to do.

Describe your high school self in one word? Why?

Creative. Because that’s what I spent all of my time in high school doing – just creating whatever I could get my hands on!

Along with being an entrepreneur, you’re also a writer.  Have you always been a writer? When did writing become so important to you? What writing advice do you think novice writers should hear?

I have always been a writer. When I was a kid, I had a pretty bad speech issue that meant most folks couldn’t understand me. It was very distressing for me, and I used to write all the time as my only real outlet and my only way of feeling like I could communicate. My advice to young writers is this…don’t be scared to publish work that isn’t the greatest piece of writing in the history of humankind. Just get your work out there. It’s truly the only way to improve.

Do you have a book in your library that you wish you had written?

I honestly don’t. Because if there’s a book I have enjoyed, I’d rather somebody else have written it so that I can selfishly enjoy it without the stress of writing it…

I often tell my students that at the core of every work of literature is an argument, and the work is the writer’s attempt to prove their argument. And it’s this argument that makes the work interesting. I think that concept also applies to people as well. So Mr. Westenberg, what’s your argument?

My argument is that just because one way of living is widely accepted as being “Right” does not make it so for everyone.

I want to thank Jon for his time and insight. I follow him on medium.com and at creatomic.org and recommend you do the same.

You can also connect with him on Snapchat– jonwestenberg

Here are 5 of my favorites:

Using Snapchat isn’t easy, but it’s rewarding. There’s a lot of fun stuff that can be done right now, if you put your audience first, you’re prepared to talk and you don’t mind getting yourself out there.

Storytelling is the Number One Skill You Want to Improve

I think we need to spend more time — and more resources — on learning and telling better stories. In our personal lives, careers, businesses and social circles. Storytelling is a skill that many people don’t have anymore, but it’s all because we don’t study and teach and learn it.

Let’s Focus on the Unbelievable Importance of Libraries

Right now, I want to say thank you to the libraries and the librarians who have played a massive part in the lives of millions, and who we forget more and more as we spend our time online, rather than offline.

Sometimes, the brave thing to do is to turn around. To walk out. To run. To get away from a situation that isn’t good for you. To make a break for it and feel free.

I Want Myself to Fail- It’s Easier

Why Traditions Matter (and the greatest gift a gal could ever want)
Perspective: To grow in soul
Advice from an Uncertain Father