In this edition, WoFo features teacher and coach Andrew Patterson. I’ve had the honor and privilege to teach beside “The Big Man” for the past 11 years. I would like to thank Andrew for his interview, friendship, humor, honesty and his dedication to the teaching profession. 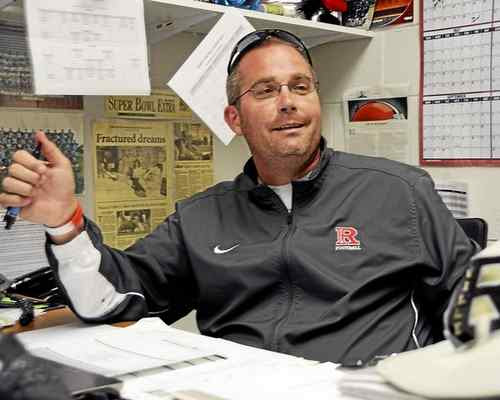 I think being a pilot and being a teacher are very similar;  hours of monotony and repetition are often punctuated with moments of sheer excitement and terror.

Besides being a teacher Andrew Patterson is . . .

Where do you currently teach, what do you teach and for how long?

I currently teach in Robbinsville, New Jersey, at the aptly-named Robbinsville High School, where I have been for the past 13 years.  I previously taught at Pascack Valley Regional High School for 4 years.

I teach students.  More specifically, I teach 10th grade students the subject of English.  That includes reading, writing, and analysis of both.  In the past I’ve also taught 9th and 12th grade students.  Indirectly, I teach how to take a joke, how to have a thick skin, how to be able to look in the mirror after making a tough decision, and how not to enter a room—but those are all outside of the curriculum.

I also do a little bit of teaching on the football field.  There, I specifically teach the techniques and schemes of a very simple game while also trying to teach the much more complex lessons of what a selfless teammate is.

What is you favorite lesson to teach and why?

I love teaching the personal narrative/college essay, especially when I’m working one-on-one with students in helping them to create a unique tone and voice in their telling of a story.  It’s awesome to see a student’s story, a little slice of their life, unfold before you as it transforms from a minuscule idea in a brainstorm into a living and breathing entity of its own with its own personality. Once, I had a student deliberate for multiple class periods on just one or two words, making sure they were the “right ones” to convey a certain feeling.

I also like the lesson on a personal level, because of the insight it provides me as a professional; it’s a give-and-take series of lessons.  When reading drafts upon drafts of students’ personal stories—baby siblings’ births, loss of parents, family vacations, inner philosophies, the good and the bad—it helps me keep perspective that the person in the seat across from me is a real person, not a number or statistic.

If you were in charge of your school for a day what would you do and why?

I’d spend the entire day greeting the buses, and walking the halls learning all the students’ names in the whole school by heart—even the quiet ones—and then I’d learn one thing about each student.  Not one thing like their address, but one real thing that they deal with on a daily basis.  That way, when I go back to not being in charge, every student would know that there’s at least one person who doesn’t think he or she is invisible.

If you could only write one quote of the board for your students what would it be?

“If you come into the game as the pinch-runner on third base, don’t act like you hit a triple. A little humility goes a very long way.

If you were not a teacher what would you be?

I’d like to think I’d be a full-time NCAA football coach, but in my eyes, that’s still part of the teaching profession.  Totally removed from education and coaching, I would have probably gone into aviation as a commercial pilot.  I think being a pilot and being a teacher are very similar; they are hours of monotony and repetition punctuated with moments of sheer excitement and terror.

What advice would you give to new teachers ?

Teenagers might not grasp symbolism on the first try, but they know when you actually care about them and when you’re just going through the motions and winging it.  One day will come in your career when you realize that students are not just your clients, but they’re your kids.  That’s when the job and all it entails becomes much easier and rewarding to do.  If that day never comes, and you always see your students merely as clients at your place of business, it may be time to find a new profession in a cubicle.

There’s a Miranda Lambert country song called “Famous in a Small Town”.  The song could very well have been written about Robbinsville. As silly as it sounds, having worked with kids, their siblings, families, and businesses as both a teacher for a decade and a half, and now the head football coach in the relatively small confines of Robbinsville, I can’t go anywhere in town without someone there knowing who I am at this point. It’s kind of cool, the loss of anonymity on a small scale.  Plus it’s rewarding when you drive past a former student or player and they give you the old honk and wave. 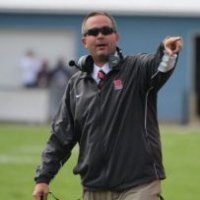 My mother was, and is, a significant influence and inspiration for me.  Not many of my students or colleagues know this story, but several years ago, she was diagnosed with and eventually passed away from an aggressive progression of ALS (Amyotrophic Lateral Sclerosis), also known as Lou Gehrig’s Disease (think Ice Bucket Challenge).  No offense to other disease-having people, but I am certain ALS is the worst disease anyone can ever have.  As she became increasingly ill, she still tried to be my mom even though I had moved into her house to provide daily care when she went on Hospice.

Mom was an elementary school teacher for over 35 years when she retired and she was one of the good ones; as a kid growing up, I never heard her say a negative word about any of her students–even the bad ones.  Taking care of her daily as she withered away to nothing, eventually even losing the ability to communicate with me,  was the toughest thing I’ve had to experience; I’d describe it as haunting almost.  Now, when I come across a difficult situation, I realize that if I could get through the experience with my mom, I can get through anything. There’s no such thing as “having a bad day” after that chapter of my life.

My classroom superpower is . . .

I don’t really think I have a superpower.  Having a superpower would mean that I’m a superhero and superheroes are heroes for thousands if not millions of people.  I just try to be a hero for one student a day; sometimes it may be the same student for a few consecutive days if he or she has something going on.  Some days it takes humor to be that hero, some days it takes a saying “no” and being a little hard on him or her. Some days it’s a phone call, some days it’s just making eye contact knowing that we’re both on the same page.

Do you know an awesome educator dedicated to inspiring and teaching others? If so, please consider nominating them to be featured on WoFo’s  Teacher Spotlight Series. You can send their contact information to writeonfighton@gmail.com. 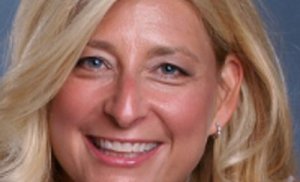 “Questions help us wonder”: The Educator Spotlight is on Noa Daniel 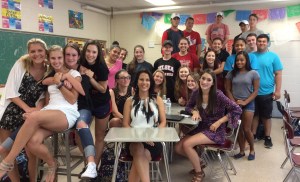 “Travel is the best teacher.” The Educator Spotlight is on Spanish Teacher Michele Hill 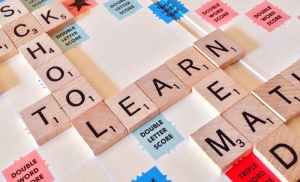 The Importance of Goal Setting: The Educator Spotlight is on Teacher and Writer Mari Venturino 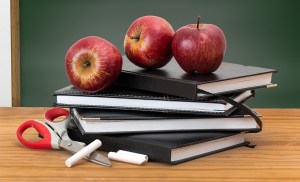 “If we’re not taking risks we’re not growing”: WoFo’s Educator Spotlight is on Principal Eric Fieldler