On May 17th, amidst the buzz of the approaching senior prom, WoFo sponsored a Write-a-Thon  at Robbinsville High School .

The event attracted thirty-three 12th grade writers. Their mission–in two hours compose an original, personal story which recounts a time where their perspective of themselves or the world at large was challenged.

For the contest I constructed a panel of judges who read through each entry. Throughout the readings, the panel continuous commented on how impressed they were not just by the writing skills the students demonstrated but with the sheer vulnerability the students wrote with.

I applaud all those who participated in the Write-a-Thon. Who summoned the courage to be vulnerable and pin their truths down on the page.

When the contest concluded, I read every entry.  The submissions run the gamut of emotions and subjects. Of styles and themes. But for certain– all entries announce an aliveness with passionate voices. I can only hope all the writers strengthen and sharpen their writing into a fearsome roar. A roar that will continue to echo deep into the jungles of adulthood.

My initial hope for the Write-a-Thon was that one essay, one writer would win a $500 college scholarship. However, through some generous donations, through some extended support, WoFo was able to award two $500 scholarships. 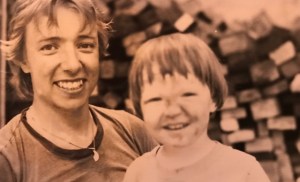 40 Questions for my 40th Birthday

Thanks for stopping by. I’m Jay Armstrong, a writer, speaker, and teacher.