Picture this– we are all crammed in one big classroom. All of us. 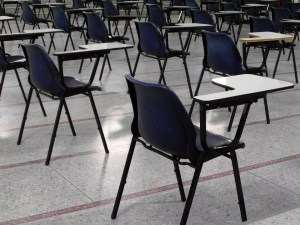 He, the teacher, took Prince last week. Whispers swirled that He seized Kelly Ripa earlier this week but alas, those rumors were false. Bill Cosby is here, alone, slumped in a corner. LeBron James is signing autographs. Jon Kasich is trying on a pair of children’s gloves. The teacher instructs Tim McGraw to play “Live Like You Were Dying”. Again. Some listen. Others roll their eyes and ignore and go about their lives.

In this classroom there are no division lines. No borders. No walls. We are all enrolled in the course of Life. An enigmatic course taught by the much maligned, much parodied, under-appreciated teacher– Death.

Like any teacher, Death is highly criticized. He’s got a 2 star rating on ratemyteacher.com. His pupils toss insults behind his back and slander his name with Sharpies on the inside of bathroom stall doors. I’m guilty of this. In last week’s piece “To Robbinsville, New Jersey” I announced “Death sucks.”

Now, I don’t regret my criticism of Death ( I’m from Philadelphia, criticizing is what we do.) But since last week I’ve thought a lot about Death.  I’ve thought… maybe we’ve got him all wrong. In fact, I’ll swallow my pride here and humbly admit–Death is the greatest teacher we have.

I look around this classroom. Some of us are listening. Some are taking notes. Some are asking questions and absorbing everything Death is teaching.  Others stare at the clock. Count ceiling tiles. Drawl little four- dimension squares. Some are nodding off. Some sound asleep. The thing is most of us (maybe not Keith Richards) are very aware of this truth– we are going to die.

A few days after Dr. Steve Mayer’s death, a former student who was very close to Steve and his family emailed me. The student said she just didn’t know what to do. She was lost. No passion for life. I thought about her desolation. I thought about how Death can steal life from the living.  I responded by telling her Death is our greatest teacher (yes, even better then me). Death teaches us how to live. By doing his thing, He teaches perspective. He shows us what matters. And though He may bring us- the living- sadness and grief, those emotional hardships are opportunities for growth.

So after a tough week with Death, I would like to give Death some props and present 5 things Death has taught me about living…

Look living is hard business. And if you hang around long enough you will get hurt. That’s the deal.  But I’m amazed at the amount of people who trudge through life with a 20-pound backpack stuffed with anger and hate strapped to their shoulders. Carrying around that kind of weight makes daily living exhausting.  I know, people can be pretty shitty. And people can really mess you up. But from what I’ve learned, grudges are toxic stuff. They poison every relationship you’re involved in. Death teach us that in the end, grudges don’t matter.  Death implores us to live light, to give up our grudges.

2. Do more of what you love

It’s that simple. Forget money, fame, fortune. In the end, those things don’t matter. Just figure out what brings you joy, what makes you glad to be alive and do more of it.

When I say risks, I’m not talking about wearing a “Hilary for President” shirt to a Trump rally. I’m talking about healthy risks. Accepting positive challenges that push you out of your comfort zone. Healthy risks fill you with zest and zeal. In my 36 years, I’m proud to have taken some risks– stand-up comedy, fatherhood, this website, the Wendy’s Baconator. These risks, though scary at first, facilitated growth and ignited self-improvement. By taking risks, I’ve learned that the only way to lighten the darkness of death is to live an electric life. 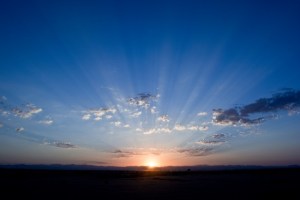 summer night. We live on an amazing hunk of rock and quite frankly, I’m a little nervous to know what the view is like on the other side.

A few years ago I promised my wife I would tell her I love her everyday. I was good for awhile. Then I missed a day. Then another and another. It’s not that I stopped loving my wife. I guess, I just became self-absorbed and lazy. Something that happens to most of us.  Here’s a tough but sobering thought– one day either my wife or I won’t be here to gaze back at the other, to smile together–like we’ve done for so many years– and say “I love you.”