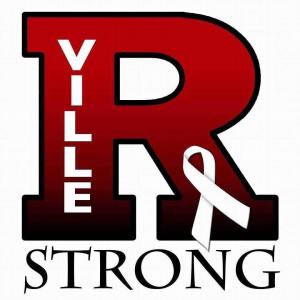 Not because of its invincibility or apathy. Its ruthlessness or timelessness. Death sucks because it divides the living.

Amidst the grieving crowd, death ostracizes  us into our own private corners.  Yes, when a person dies, the living find other. We nestle together like spoons. We offer shoulders and hands. We whisper condolences and pray together and light candles and send flowers and food. And yet despite our collective human efforts to ease each others pain, coping with death emotionally isolates us. And to me that is fucking terrifying.

To make matters worse–we grieve uniquely. The depths and degrees of our grief are individualized. We can say we understand another’s pain but no matter how accurately we can articulate, our words fall tragically short of what is swirling in our heart and head– further exposing the flawed nature of the human design.

Death sucks because we must figure out how to deal with him individually. Yes we should talk to counselors. Talk to friends. Talk to God. But with grief there is no universal set of directions. No one size fits all model.  Coping is unique to the individual. And over time we, the living, must heal in our own unique ways.

Its only been three days. This is my first attempt to heal.

It’s August and I’m standing outside his office door. To hide my nervousness I wipe my sweaty palms on my khakis.  Beyond the windows, there’s an immense blue sky holding an fiery sun whose heat is italicizing everything, whose heat crawls along my skin, whose heat provokes the butterflies in my gut to flutter a little faster and a bead of sweat to sprint down my back.

Before I became a teacher in the small town of Robinsville, New Jersey, my small town knowledge was curated by movies and John Mellencamp songs. However after 10 years of working in Robbinsville I’ve come to learn some things. Like big cities, small towns have their own movers and shakes. In small towns these people often own restaurants and hardware stores. They are as recognizable as the mayor or the varsity quarterback. Their names carry weight and a certain reverence. Their names, in a lot of ways, provide the town with its identity, with its pride and spirit.

One of the big names in Robbinsville is Dr. Steve Mayer, Superintendent of Robbinsville Schools, the man whose office doorway I’m about to enter.

If you are familiar with Write on Fight on, I have discussed before how when I got sick, I  dropped out of grad school and decided to make my stories, my life public. If I was a rodeo clown this wouldn’t be an issue. But I’m not a rodeo clown ( yes, I know– a matter of opinion) I’m a teacher. And teachers are public figures, sure not on Kardashian levels, but we do live under a small microscope.

I’m now framed in his office door and before I even knock, Steve looks up and smiles at me, as if we were meeting for the first time.  Steve always smiled as if he was meeting you for the first time.  His smile was big, original and genuine. A smile that F. Scott Fitzgerald would have dreamt up and wrote about. A smile you just don’t often find on the face of a 52 year old man.

Steve moves from behind his desk and shakes my sweaty hand. He offers me a chair and looks at me with his big blue eyes, still holding that Fitzgerald smile and says, “So, what’s up Jay?”

The butterflies in my gut land on something and I tell Steve about my idea for creating a website. About my desire to promote writing and storytelling. My desire to host Write-a- Thons  for charitable causes and my strange desire to make my life a public spectacle.  I tell him about my medical conditions. I show him the MRI of my damaged brain. His blue eyes water when I speak about my children and how I want them to know my stories in case something happened to me.

After listening, Steve smiles his smile and tells me he wholeheartedly supports my visions. He applauds my courage to tell personal stories. He validates my desire. We shake hands and wish each other well. When I get home I start writing. That was the day this website was born.

In November, Steve participated in WoFo’s first ever Write- a- Thon. An event that raised money for Special Olympics– a cause stamped in Steve’s heart. During the Write-a-Thon Steve wrote alongside the students and myself. He wrote his annual Thanksgiving newsletter. A newsletter that gave my little website a big shout out.

This past Monday I made flyers for WoFo’s second Write-a-Thon in May.  The next day, while on his morning jog, Dr.Steve Mayer was hit by a car and killed.

As I write this– an entire town is feeling his death. Feeling it the way you can be in your house, away from the windows and somehow know the sky had clouded over, that the world had darkened.  Right now there’s a little universe in central New Jersey spinning without sun. Spinning off its axis. Spinning without purpose.

On Thursday school resumed. Our first attempt at normalcy. My first period class was senior English. These were students who had known Steve their whole lives. They described him as a father figure. A mentor. A pillar of the community. A good man. A man who championed their young, promising lives the way he championed mine.

Seeing my students cry was hard. Harder than I thought it would be. I didn’t know what to do. I took deep breaths and found things to do with my hands. When I finally calmed my own tears, I found a voice, cleared my throat and I said, “Its August and I’m standing outside his office door. To hide my nervousness I wipe my sweaty palms on my khakis.”

Telling you, telling my students this story is the best way I can honor the life of a man who gave me the support and courage to start this website, to tell stories.

To Robbinsville– death sucks. But take solace in knowing that through the human magic of memories and storytelling Dr. Steve Mayer, his message and his smile are still alive. In fact, it is our earthly responsibility to make sure the dead never die.  Right now, as I’m telling you this, Steve is shaking my hand, his blue eyes are meeting mine, he is nodding with approval and his smile is big and bright and forever. 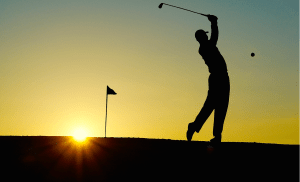 The Old Man and the Tee 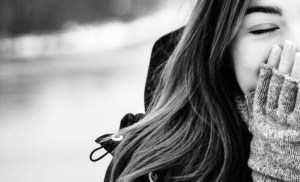 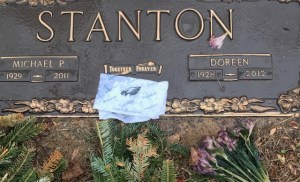