On Superbowl morning I went to Forest Hills Cemertary wearing my Eagles jersey.

It’s February in Philadelphia and it’s cold and raining and my son is standing by my side and we’re looking down at the plaque marking the birth and death of my grandparents. Mike and Doreen. 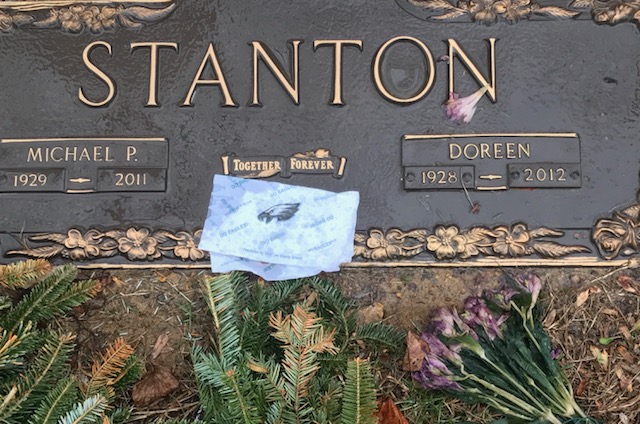 I tell them about how the Eagles are playing in the Superbowl tonight. How they’re underdogs, been underdogs throughout the playoffs. A real Philadelphia story.

Never having performed the earthly art of speaking to the dead, my son stares at me and then quietly drifts towards the car.

I tell my grandparents I’m a bundle of emotions. Excited, nervous.

I tell them I think we’re finally going to win.

I tell them I’ll be thinking about them tonight.

I can feel Chase watching me. His nose pressed up against the car window. His 7 year old mind convincing itself that his father is a little stranger, a little more mysterious then previously thought.

An hour earlier, before the rain, I was staring out my kitchen window into the calm, gray morning and listening to sports talk radio.

Mary from Doylestown said she was going to wear her brother’s Eagle’s jersey tonight. She said her brother taught her the Eagles fight song and how after high school he enlisted in the Army and how on his first tour of duty in Afghanistan was killed by a suicide bomber.

Bill from Broomall said he’ll be watching tonight’s game from his recliner and with his father’s urn propped beside him. Like he’s done all season.

Then two things happened before the Jim from Norristown could finish his story about going to his first Eagles game at Franklin Field in 1960 with his parents who are now both deceased:

One, I was on the verge of tears. Serious man-tears. And two, I had a sudden urge to visit my grandparents.

My grandparents were casual sports fans. They celebrated when Philadelphia celebrated.

My grandfather was a Philadelphia police officer and would tell me stories about being down on the Veterans Stadium field, working security during Eagles games. How after the game he would visit the locker and talk to the players. Which, when you’re a kid, is just about the coolest thing in the world  –much cooler then talking to wet cemetery grass.

Beyond that, I don’t remember any conversations with either of them about sports.

But that’s not the point.

My grandparents were fans of life. Fans of their children and grandchildren. They taught me the importance of togetherness, community, celebrations and traditions. And since sports is a freeway that connects people, on Superbowl Sunday, I wanted my grandparents to feel a part of the biggest game in Philadelphia sports history. To feel a part of the living story again.

Later that day the Eagles defeated the Patriots to capture the first Superbowl title in franchise history. A franchise founded in 1933.

Later that night, when the celebration quieted, I thought about my grandparents.

And I’m sure Mary, Bill and Jim were all hugging the spirits of their loved ones late into the night as well.

And now, as parents, we pass down the same sentiments to our children.

Because hours before the Superbowl he listened to me talk to the dead.

Because inside the earthly boundaries of the game, rests something ethereal that connects the living to the dead.

A magical spell of muscle and bone that coaxes the dead sit up and smile and celebrate the joy of sports, the joy of life with us once again.

Here are some Superbowl and parade pictures: 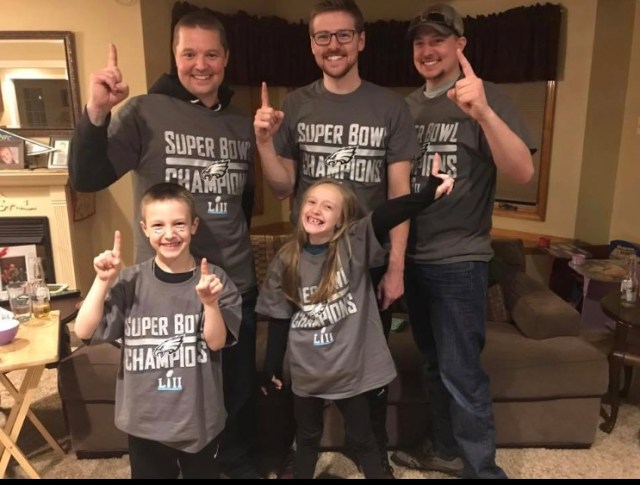 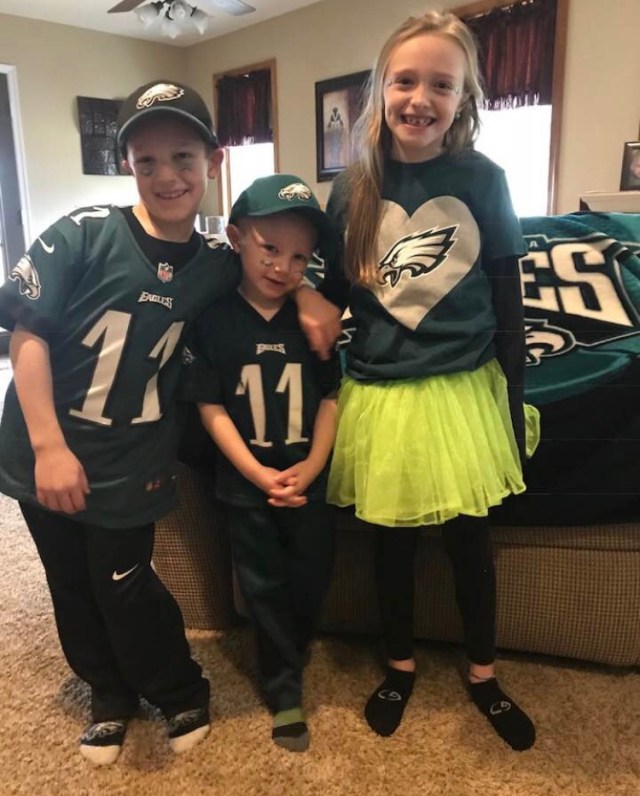 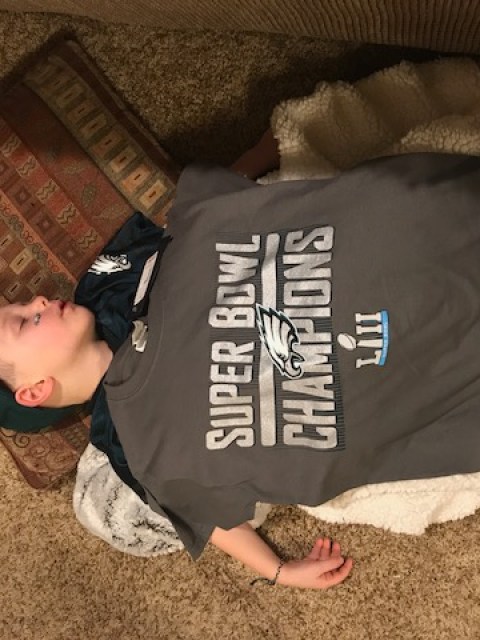 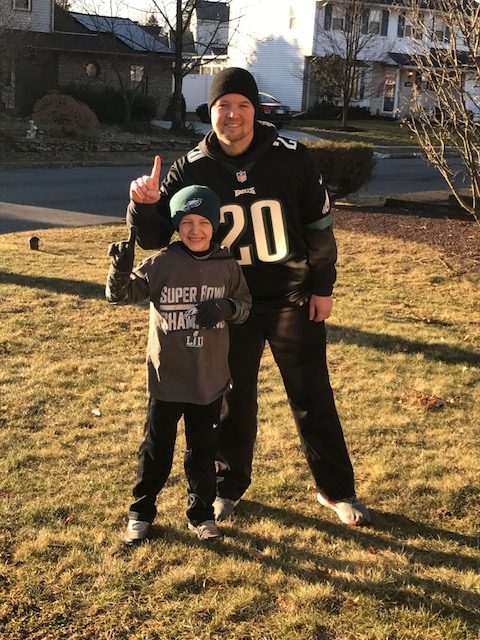 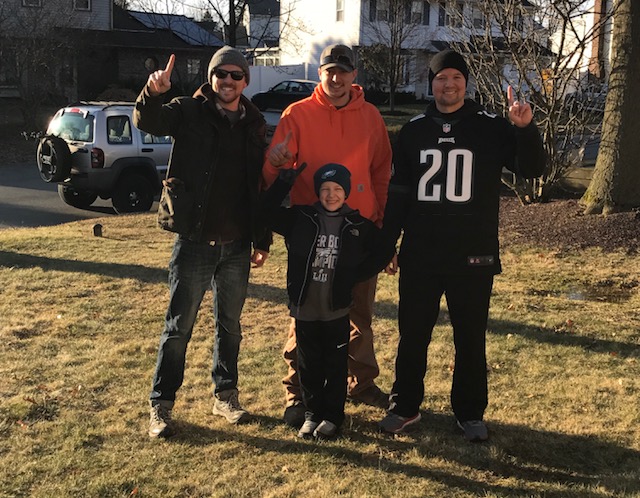 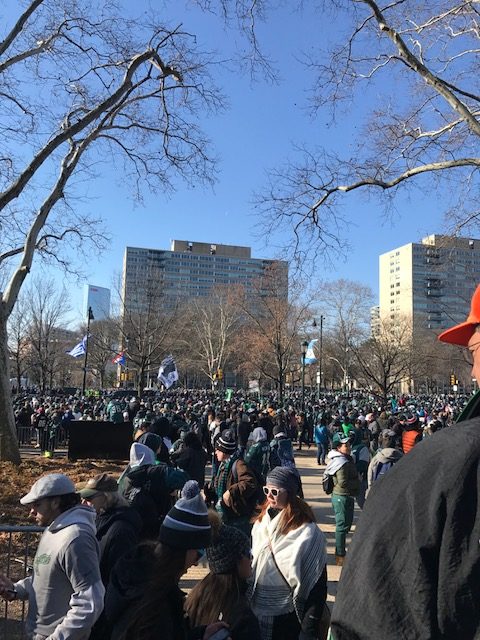 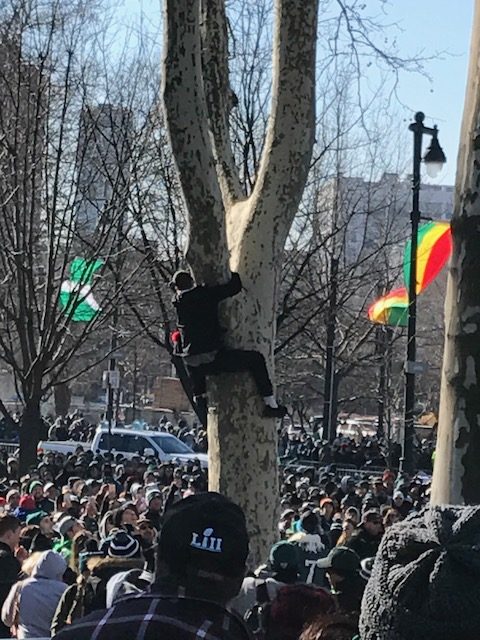 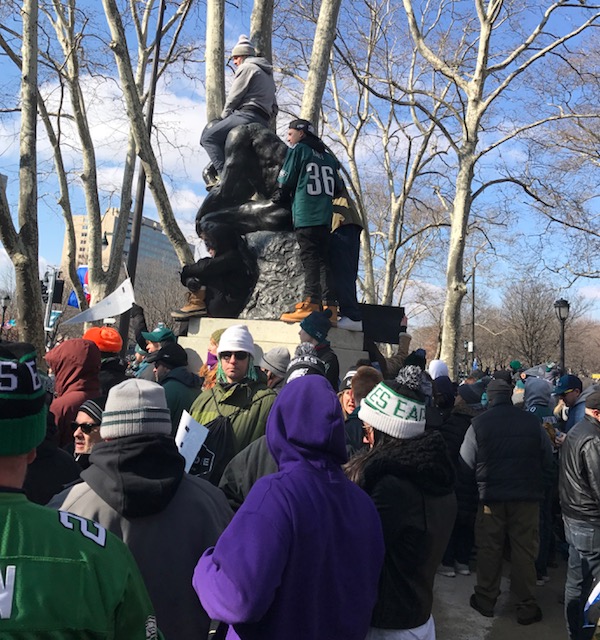 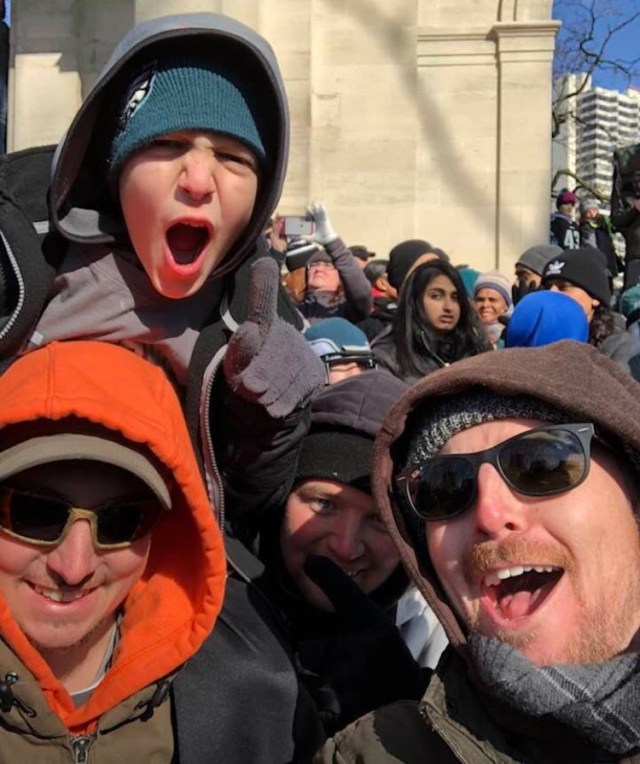 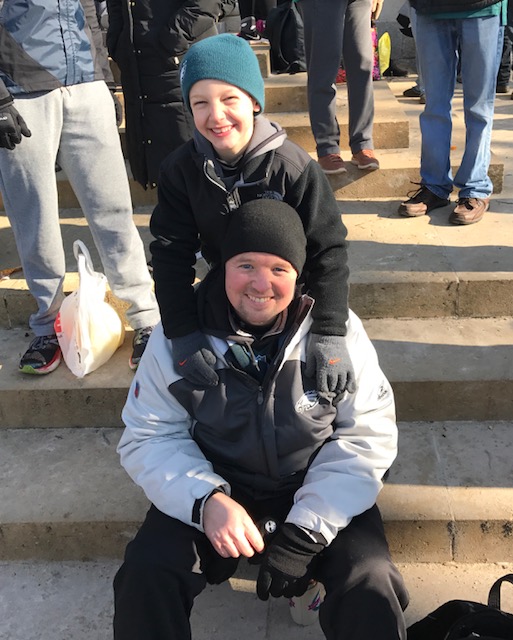 A Culinary Failure
Happy Diagnosis-versary!
Talking to My Kids about War 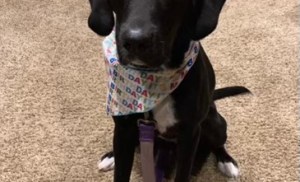 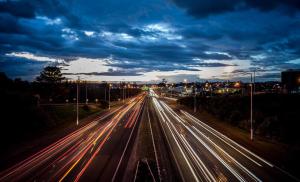 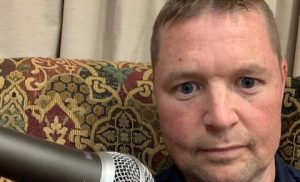