THE FORGIVENESS JOURNEY: This is 5th post my yearlong attempt to learn about and practice forgiveness. The objective is to share my discoveries with you.

“I couldn’t help wondering if that was what God put me on Earth for–to find out how much a man could take without breaking.”~ Kurt Vonnegut, “Breakfast of Champions”

Suburbia may never be the same.

For two days I’ve been turning over the alchemy Vonnegut performed in those pages. Like witnessing a magician saw his lovely assistant in half, sending her smooth brown legs to one side of the stage, her head to the other, only to put her back together right before my eyes.

How do he do such extraterrestrial things with such earthly words?

Now, this post isn’t a review of “BOC”. No, it’s May 15th and this is your monthly post on forgiveness.

As I wrote and deleted, wrote and deleted the first few lines of the post I could not dump “BOC” out of my head. Like ocean water sloshing in your ear canal, all sounds, all thoughts were muffled. It was difficult to think about anything else but the book in my head.

“Breakfast of Champions” is one of the finest books I’ve read.

I want to introduce you to Dwayne Hoover, the richest man in Midland City. Dwayne owns car dealerships, fast food joints, and empty lots primed for construction. He’s a small town celebrity. However, before the first page, Dwayne’s wife drinks Drano and he disowns his son, Bunny, for being gay.

Dwayne hides the guilt and shame that boil his insides and so he suppresses his hurt with drugs and money and uninspired sex with his secretary.

Soon the guilt and shame cease control of Dwayne and send him into lunacy—a violent rampage attacking anyone he sees, including his own son. And so on.

The book is part science-fiction, part American satire, part autobiography. However, despite all it’s moving parts the book is a stark commentary on a growing mental-health crisis in America. In 1973.

Dwayne attempts to suppress his sadness with drugs and materialism– which sounds oddly like 2020–the age of Amazon Prime.

Ancient Greek philosophers, who did not have Amazon Prime, believed that each person needs to build their own “inner citadel”. An interior fortress that could resist of cruel intentions of outside world. A world determined to breach our walls and destroy us from the inside. This is what happened to Dwayne Hoover. His citadel was breached.

The reason for Dwayne Hoover’s decay is a result of his inability forgive himself for his wife’s death and for his broken relationship with his son. His regrets drive him to madness.

Dwayne falls victim to his guilt and shame. Vonnegut, a known satirist, uses Dwayne to criticize the American way– suppress guilt and shame, take “chemicals” (the legality of which is negligible) and build a fortress of material things.

I’ve heard this story all too often: Emotional repression leads to self-destruction. The American way.

But what if you and I decide to build our fortress, not out of things enticed with “Two-day shipping”, but what if we built our citadel out of forgiveness?

If guilt and shame are rigid and fixed like stone, forgiveness is pliable. Forgiveness is resilient–like these colored workout bands I ordered through Amazon Prime— guaranteed to tone and strengthen your entire body.

Anyway, we need to build a place inside ourselves–an emotional sanctuary, a man cave, a she-shed, a place where we can let go of the burdens that boil our insides.

The good news for you and I is that the inner citadel is not just saved for ancient Greek philosophers or medieval warlords.

The inner citadel is a learnable concept– even for a suburban putz like me.

A forgiveness strategy: Like a doctor’s appointment, schedule time to forgive. This is an effective and measured way to work on letting go. Use your forgiveness time to meditate, journal, walk, sit quietly, apologize to someone you wronged, or forgive someone who wronged you.

When bad things happen and we suffer big hurts, and guilt and shame boil inside–you can forgive and let go and avoid becoming a great American Vonnegut character.

Citadels are not built in a day.

Forgiveness takes time and work and practice and patience. It takes accepting the unchanging madness of the outside world and cleaning, refining, attending to the important things inside: your heart, mind, and spirit.

By making forgiveness a daily practice we build an inner citadel–unreachable by the arrows and cannonballs and the Amazon delivery people of the outside world. Protected by forgiveness, we enter a safe place of restorative isolation. A place of quiet mercy.

Do you want to define your life by the burdens you carry or by your ability to lay down those burdens and move on?

Personal connections are the most important self-improvement tool in the human toolbox. 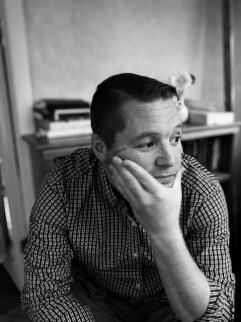 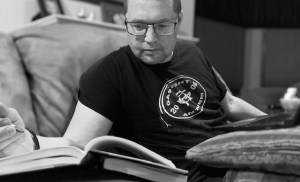 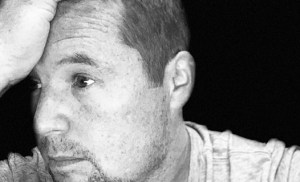