Perspective: To grow in soul

Perspective: To grow in soul

The speaker of Thomas Hardy’s poem “The Man He Killed” is a soldier who recalls killing an enemy soldier and realizes had they met under different circumstances they would probably share a drink and a story or two. The speaker hesitates, repeats himself, talks in circles as he tries to rationalize his actions.

I shot him dead because —
Because he was my foe,
Just so: my foe of course he was;
That’s clear enough; although

It becomes apparent to the speaker that not only did he kill another man but in doing so he killed a part of himself–his old perspectives.

I’ve never been to war. Never killed a man. But I find comfort such a poem.

Under its skin, the heart of the poem beats the importance of perspective.

In his post-war reflection, the speaker questions his preconceptions of his enemy and wonders if geography is a rational reason for declaring someone an enemy– which it isn’t.

As the poem concludes, the speaker expresses how “quaint and curious war is” since you kill a man who, under different circumstance, you would help.

The other night I watched CNN for a few minutes. Then Fox News for a few. Both channels were dissecting the same political subject.

As you could imagine, both channels held widely differing perspectives.  Both channels slammed their fist, screamed at me, and attempted to sway me to their side.

In a world where everyone has the ability to project their opinion into the world, (like I’m doing right now), things become confusing and loud and it’s difficult to decide what you believe.

And sometimes–we foolishly believe those who hold positions of power or who scream the loudest.

In a time of noise, I sometimes have to remind myself that opinions are not truth.

Opinions are perspectives and perspectives change with age and experience and geography and sometimes a beer.

In a noisy world we need to know that working on our perspective, developing new perspectives, and adopting other perspectives determines the attitude by which live.

We must respect the limitations of our own perspectives yet we must be willing see every opposing belief, every conflict as an opportunity to grow in perspective.

To grow in soul.

Here’s an excerpt from the latest post: It’s the response that matters

But like good news, bad news is charged with energy– an energy you can either use for triumphing over fate or submitting to it. 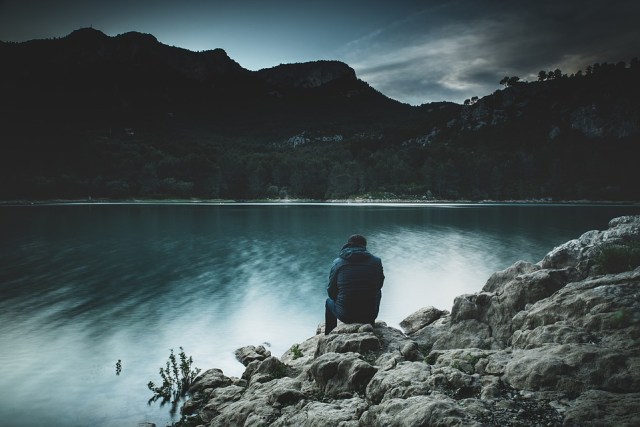 Life favors the brave. Subscribe and receive my weekly stories, encouragement, and positive messages to motivate you to improve your life, take positive risks, and help to rekindle your happiness and joy.

“Hey Mr. Armstrong, did you watch any NFL games this weekend?”
The evening news is killing me.
When Christmas isn't cool anymore