THE MONKEY BARS. The playground’s proving ground. The callouser of hands. The skinner of knees.

A horizontal symbol of strength, of perseverance. Conquered by only big kids.

On a sun-splashed day, my wife and I take our 3 kids to a local park.

When the kids find the playground, our youngest, Dylan rushes to the monkey bars.

He stands underneath, looking up (the littlest one is always looking up), sizing up the bars with his big blue eyes. His little head swirling with possibilities, willing to disregard his physical safety to answer his own little “What if’s…?”

Cindy and I plant ourselves, across the playground, on a stone bench anchored in some shade.

Like a little gymnast, Dylan stands on the platform and eyes up the bars. 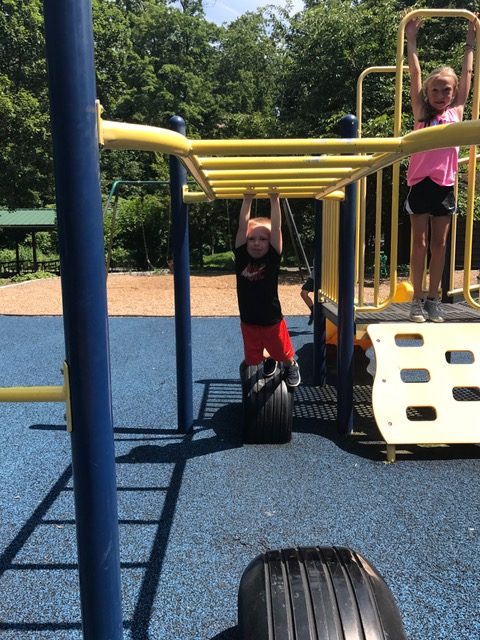 A buzzer sounds in his head and with both hands Dylan grabs the first rung and pulls his feet from the platform. He dangles. And dangles.

Feeling the fullness of his own weight for the first time.

Valiantly, he tries to muscle his right arm forward but the distance between rungs is too great and he crashes to the ground.

Cindy and I let out that familiar parental gasp.  But before we could push ourselves from our seats Dylan unknots himself, springs to his feet,”I’m ok!” and dashes back on the platform. Unfazed. Determined.

Cindy and I sit down and find our breaths.

They don’t know it, but these children are fantastic teachers. Little daredevils who remind you about the power of perseverance.

And if you’re struggling, questioning your limits (and let’s be honest…who isn’t) observe children discover their abilities, their potential, their unflinching desire to persevere, to answer the “What if…?” and you’ll be humbled.

Begin with the End in Mind

Dylan is standing on platform again, staring down the length of the monkey bars. It’s only 6 feet, but in his eyes it must look like crossing the Grand Canyon.

How quickly do we think about falling before our feet leave the platform? How quickly does doubt extinguish our fires of victory? 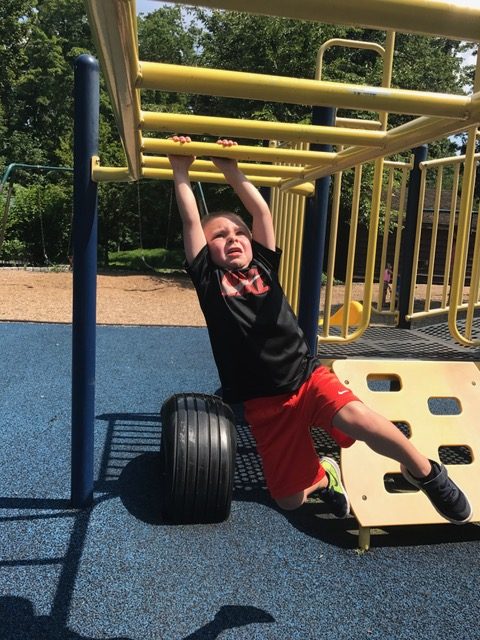 Skin Your Knees, Callous Your Hands

Dylan divorces the platform. Unafraid to skin his knees, to callous his hands.

He dangles with nothing but his soft, little kid arms holding his weight. His right hand moves forward. His left hand remains. In the space and time when he’s dandling by one hand, I’m sure he feels the strain, the familiar flash of human doubt, but his right hand finds the next rung, followed by his left.

Leaving doubt and fear behind on the previous rung.

How many times have we skirted a challenge for fear we might get hurt? For fear, that the risk wouldn’t be worth the reward?

Success seems to be largely a matter of hanging on after others have let go. –William Feather

Rung by rung, Dylan moves forward. It’s hard and it hurts but he’s smiling. He feels his own momentum. He feels the tide of achievement. He understands he’s on the verge of doing something he’s never done.

Why is enthusiasm so hard for adults to find?

He’s dangling by both arms. His body like a soft pendulum, swinging back and forth.  His arms are screaming. He’s at his limits. Then, somehow, his right arm pushes forward, and grabs the next rung.

Why is it that the older we get, the more unwilling we are to cross our thresholds? Why do we see thresholds as roadblocks instead of doorways into a new world?

“It does not matter how slowly you go as long as you do not stop.”
— Confucius 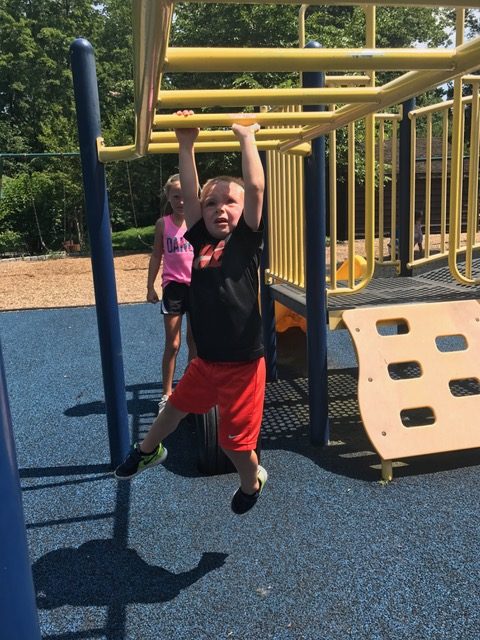 When Dylan’s feet hit the platform at the end of the monkey bars he smiles, throws his hands in the air and shouts’ “I did it!”

It’s the pure joy of accomplishment. He stands on the platform and looks back at the monkey bars he just crossed.

Cindy and I are clapping. We’re the only ones, in the whole playground, clapping.

And that’s all Dylan needs.

My 4 Year Old Teaches Me About Perseverance

A writer’s life is not for the faint of heart.

There have been plenty of moments, after I’ve poured my blood into a piece, convinced it was my finest work, sure to be liked and shared and explode across the internet only to have it published– not with a bang but a whimper.

And if I’m still being honest, there have been many late nights sitting at my table, glassy-eyed, staring at the computer, dandling on the rung of doubt. Questioning myself. Why am I doing this? Is anyone really going to read this? Why aren’t I in bed already? What if I fail?

But on a perfect summer afternoon I witnessed my son, a 4 year old boy, strain under his own body weight.

I witnessed him persevere.

He taught me that the strain is our greatest teacher.

And I was humbled.

May you always stay committed to your goals. Because your commitment, your perseverance is another person’s motivation.

May you always have the strength to keep moving forward.

May you always persevere.

Are we having fun yet?
What is essential?
Why you should always wear deodorant (or how my spinal tap landed me in the hospital)