Christmas Eve has always been my favorite day of the year. The reason– I’ve been fortunate and blessed to be part of a family who has nurtured the family tradition of assembling on Christmas Eve to exchange stories, laughs and gifts for some 40 years.

Spearheaded by my grandparents Mike and Doreen, the Stanton (my mother’s maiden name) family tradition began on Mike and Doreen’s cozy corner row home on Ambridge Place in Northeast Philadelphia before I was born.

Though my grandparents have passed, the Christmas Eve tradition lives on now at my uncle’s house.

And though the setting has changed, some people have passed away, others, through the complications of divorce have vanished and conversely, through the acts of marriage and child birth, a whole new crew of revelers have joined the party.

It became apparent on Christmas Eve, as I listened to roar of familiar voices, familiar laughter that despite of all the changes, the essence of the night remains the same.

My Nan’s sherbet punch is still a staple at the refreshment table, the Pollyanna exchange remains and despite his busy schedule Santa Claus always finds time to drop in, hand out presents, take a few last minute requests and pose for a few pictures.

Now, with a family of my own, I have come to appreciate the importance and significance of family tradition. Family traditions bring predictability to our unpredictable lives. They remind us that we’re a part of something larger then ourselves.

And they teach us, the living, that we have a responsibility to honor and respect the past– especially in the modern, transient world that we live in.

PS…Speaking of awesome traditions… my knucklehead friends and I have been partaking in an annual guys weekend for close to 20 years.

Over those years, the weekend has become aptly coined “Mancation.”

So this past Mancation, when tying to confirm a 2017 Mancation date, we cooked up the idea of fashioning a Mancation calendar for our wives as a Christmas gift.

Every calendar month is dedicated to a Mancationer and (in what can only be deemed an act of brilliance) the calendar already has next year’s Mancation dates marked on it (August 17-20).

This way, no wife can raise hell because her mancationing husband forgot to tell her about his four day tradition of debauchery and reverie.

Because like Flag Day its been on the calendar for months! 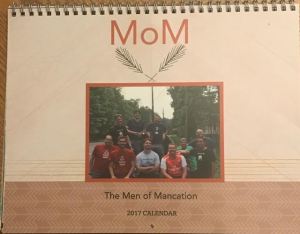 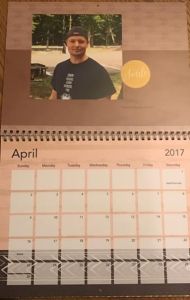 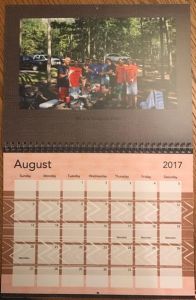 Santa Claus is a Drug Dealer

A Hard Story to Tell - Part 3
For the Philadelphia Sports Fan, Championship Games are Generational
Happy 5th Birthday to us! (and a Facebook fight in an unexpected place)