This Alzhiemer’s Disease is a real bastard.  A real heartless bastard.

He is currently toying with one of my favorite sports writers–  legendary Philadelphia Inquirer writer Bill Lyon.

If I was chiseling my private Mount Rushmore of literary influences Bill Lyon’s face would share ears with Tim O’Brien, Cormac McCarthy. JD Salinger would be the fourth, on the end of the mountain, looking slightly annoyed– because he’s JD Salinger.

Bill Lyon’s literary voice is one I’ve long admired and (like all writers secretly do with their literary heroes) try to emulate.  When I was in high school, unsure what I wanted to make of this thing called adulthood, I read an article written by Bill describing how his wife Ethel was battling cancer. And because she was battling cancer so was he.

I cut the article from the paper and pinned it to a bedroom cork board. I was an unsure of a lot of things (and still am) but I was ( and still am) certain I wanted to reach people through the written word like Bill has done for over 30 years.

But now, this 76 year old writer is doing what Philadelphians do best– he being defiant. He’s throwing a middle finger to this heartless disease. He’s bravely chronicling his battle in weekly articles entitled My Alzheimer’s Fight.

My beef with Alzhiemer’s began some ten years ago when he went to work on my grandfather. A lifelong Philadelphia cop. On my Mount Rushmore of greatest influences on my life– my grandfather would be carved along side the busts of my parents and my wife. 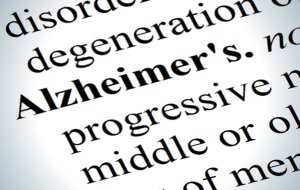 Ever the opportunist, ever the showoff, the bastard takes the best of us. This week Alzhiemer’s took legendary, tough-as-nails coach Pat Summitt. A coach who is undoubtedly on the Mount Rushmore of greatest coaches of all time. Male or female.

Coach Summitt, like a lot of great coaches, was a writer. She penned three books. Her latest Sum It Up bravely details her battles with the bastard.

Understand–I’ve got about as much medical credibility as Neil Patrick Harris, so take this for what it’s worth– but maybe our best defense against this incurable disease is writing.

Writing– because when the bastard comes knocking (often at too early an hour) armed with crow bars and goes to work on our memory we’ve already galvanized our thoughts and stories and philosophies in permanence so they can hang on a cork board and continue to inspire like they did when they were first conjured. 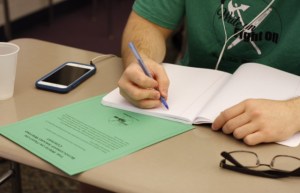 Alzheimer’s is daring you not to write.

So this week, to defy Alzheimer’s, to honor Coach Summitt, here are 5 of her best quotes…

2. No one feels strong when she examines her own weakness. But in facing weakness, you learn how much there is in you, and you find real strength.

3.Admit to and make yourself accountable for mistakes. How can you improve if you’re never wrong?

4. A guy raised his hand and asked if I had any advice when it came to coaching women. I remember leveling him with a death ray stare and saying, “Don’t worrying about coaching women…just go home and coach basketball.”

Be well (except for you Alzheimer’s),

Story Teaser- Here's the first scene of my latest story...The Fickle Engines of Fate (or How I Met Y...
Getting Schooled By My 5 Year Old
A Hard Story to Tell-Part 1 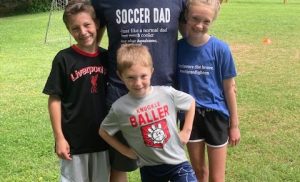